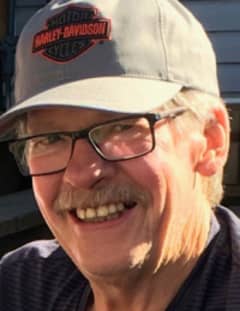 It is with great sadness that we announce the sudden passing of our beloved husband and father George H. Upshall.

George was born September 17, 1949 in Little Harbour East, Newfoundland to Reuben and Doris Upshall (Peddle). George was greatly loved by his family who will miss him more than words can ever say.

He was predeceased by his parents Reuben and Doris Upshall, his daughter Dianne, brothers Dave and Clarence and two younger sisters Bertha and Elsie as well as his father-in-law William Lundrigan Sr., his nephew Dakota Lundrigan and his brothers-in-law Maxwell and Gerald Genge.

George will be laid to rest with his daughter, Dianne, back in Newfoundland at a later date.

A Celebration of Life for George will be held at Bear Creek Funeral Home, 11802 99 Avenue, Grande Prairie on Wednesday, March 11th at 1:30pm. The family will be wearing camouflage in honor of George and would love if others attending wore something camouflage as well. During George’s service, please kindly remove all hats.

George spent his life as a carpenter, a hunter, a fisherman and a very, very silly man.

Please share a condolence, photo or memory of George. We welcome all condolences that are positive and uplifting that will help family and friends heal.