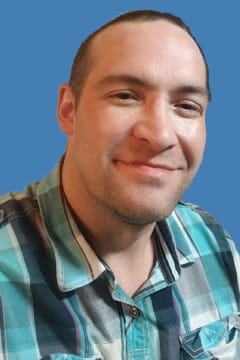 It is with great sadness that we announce the sudden passing of our son and brother Benjamin.

Benjamin was born in Prince George, BC on December 27, 1982 to Ruby Anne Prince and Wilfred James Forrest (Ted). Ben and his family moved to Grande Prairie where he grew up on the eastside. He started school at Kateri Mission and moved on to St. Pat’s for the rest of elementary. Ben also attended Alexander Forbes and the Grande Prairie Composite High School for the remainder of his education.
Ben’s first job was with his dad, Ted at W/R Reinforcing. He learned many different things through his career, from working with rebar and concrete to scaffolding and roofing and then production testing in the oilpatch with Lyons.
Ben will always be remembered for his knack of getting away with many things that most would not. His never-ending love for fun and his efforts to always make someone smile will be forever missed.

Friends would describe Ben as a 50/50 kind of guy. He was either 50% going to wreck it or 50% going to fix it! His hilarity could get him through almost any situation that he encountered.

He was predeceased by his grandparents on both sides, his father Wilfred Forrest, and several aunts, uncles and cousins.

A Celebration of Life for Ben will be held on August 20 at 11am at Bear Creek Funeral Hone 11802 99 Avenue, Grande Prairie.