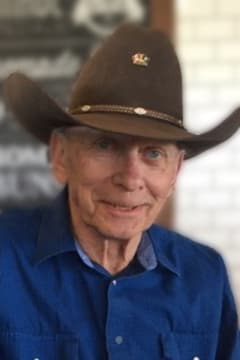 Bill left us Monday January 25, 2021 after a long battle with Alzheimers.

He was born to Jim and Fay Cormack in Strathmore September 13, 1939.

He was predeceased by his folks Jim and Fay, and his younger brother Jim.

We spent the first nine years in the Sundre area before moving to DeBolt where we lived for over forty years.

Bill worked in the oil patch both at Sundre and Grande Prairie area, but his first love was horses. He bought, sold, raised, and trained them. He owned a few racehorses and belonged to the Valleyview Team Roping Club. He garnered many lifelong friends through the association of likeminded folks.

With the help of neighbours and friends he was able to get the Cranberry Lake Rodeo started. The committee worked well together, and the rodeo continued at the Muskeg Ranch for 18 years until we sold the ranch. It continues today at the DeBolt Sports Grounds.

Bill was always eager for a trip out west of Sundre to Ya Ha Tinda area, spending many happy times there.

He spent 7 years at Prairie Lake Seniors Community but never lost his longing to be back home on the ranch.

We cannot thank the nursing staff, care aides, food staff and everyone else there who made his days as comfortable as possible. He loved playing pool with the guys as long as he was able.

If so desired, donations in memory of Bill may be made to the Cranberry Lake Rodeo Association, PO Box 500, Debolt, AB T0H 1B0 or to a charity of your choice. 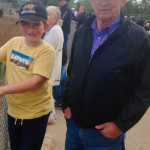 Roberta and family: Fond memories linger every day, remembrance keeps him near. Sincerely, Bev, Bruce & Megan Dombrova. Calgary/California
- Bev
Would like to send condolences to all the Cormack family Bill and Irene were such a great couple hugs to all of you. Marlene and Ivan STEINKE
- Marlene Steinke

I grew up across the fence from Bill. A lifelong friend and neighbour. I will miss you Bill. May your saddle set easy.
- Connie Matlock
Ilene and family, may we offer our sincere condolences during this difficult time. Please know you are in our thoughts. Paul and Shirley Roy.
- Shirley Roy
Thinking of you all and trusting you are taking good care of yourselves and each other! I really want to let you all know that I care so much about you and what you are going through. Huge love, Marianne
- Marianne
So sorry to heat of Bill's passing always appreciated his friendliness and big smile no matter when hou saw him. My deepest sympathy toIlene and family - from Levola Sedore & family
- Levola Sedore

My condolences go out to the family of bill. I worked where bill spent his last days. Such a character. Always stopped to talk to him while he was playing pool or just strolling the halls. He will b greatly missed
- laurie Wald