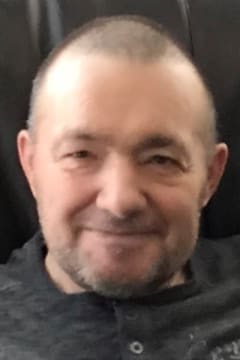 Blaine Kent Rowland, 63, passed away peacefully due to Multiple System Atrophy (MSA) on November 21, 2020 at the Grande Prairie Care Centre.

He was predeceased by his father Glen Rowland, brothers Doug and Wayne Rowland, and brother-in-law Doug Couturier.

Blaine was destined to become mechanic from an early age. Before his teen years he had already built his own transportation in the form of a go cart. From there he moved to building his first car from various trips to the local dump which marked just the tip of the iceberg for what Blaine became known for: his ability and ingenuity in building all things mechanical and anything he could think of he could build.

Blaine and Mona met in 1974 because of a Canadian tradition – hockey. Blaine was playing defense for a Grande Prairie team and Mona was working the concession at Sexsmith arena when she decided that he was the person that she needed to meet - and as they say, the rest is history.

Blaine graduated from the Grande Prairie Composite High School in 1976 and went on to trade school to be an Automotive Mechanic. Blaine and Mona married in February 1978.

Blaine’s work ethic continued to grow. Never one to have much down time, he worked various jobs around Grande Prairie, but since working full time wasn’t enough, he started building a family home when Mona was pregnant with their first child. Christina was born in January 1980 and Clinton in January 1982.

In the summer of 1983, the family moved to Pine Point, NWT where Blaine worked for the Cominco Mines as a heavy-duty mechanic. Always ready to help others, he also fixed the vehicles of everyone in town. Two years later, the family moved to Wembley and in 1986 Blaine received his Heavy-Duty Mechanic Ticket from NAIT. During this time Blaine spent many long hours working and away from home. Never, afraid to try something new, he came home one day and said, I’m starting up my own business and promptly bought a service truck, putting a box and a picker on it. He did this work for many years.

In 1994, the family moved to 40 acres outside of Beaverlodge where he built yet another house while working a very demanding job.

In early 1995, Blaine said “I’m going logging”. To do this, he needed to get through the first step - a class 1 license and air brakes ticket. He decided to have his twin brother teach him, and if anyone knew the brothers you can imagine how the lessons went. But he achieved this next challenge and then was off to buy a Freightliner truck and a hayrack to haul logs. After a number of winters log hauling, he moved to owning a belly dump to haul gravel and purchased a bobcat and backhoe. To say Blaine was a man of many talents was an understatement.

The years in Beaverlodge offered the family many good memories and the opportunity to meet very good neighbors - Rick and Marilyn Collins. Blaine and Rick became lifelong friends and through them, met Ralph and Debbie who also became great friends. If you ask Rick there are many stories, he could tell you about Blaine and his interesting adventures which sometimes included an unwilling participant – Mona- but always supported him and was along for whatever interesting and some might say daring adventures that might be on the agenda, including many outdoor activities, especially quadding. They had so many fun mud filled adventures with Cliff and Maureen, Rick and Marilyn, Ralph and Debbie and were often stuck in the mud, in the middle of nowhere.

The now empty nesters moved just outside Grande Prairie and Blaine and Mona built their last and final house. Blaine was developing land, running equipment, and working on equipment under the direction of a young boss, Andrew Newfeld, who became a very good friend. During this time, he also got to see another friend, Bill Doll, start up his own new business, and Blaine had lots of suggestions.

It’s hard to put in a few words the life of a person who has touched so many people, of all his accomplishments, what he has taught his children and his grandchildren, the unconditional love he has shown his family. The exterior may have been rough, but the inside was pure love. Mona will miss him as he’s been her rock for 46 years. When looking at their children, she sees him - the goodness and the fire, the love of family.

Blaine fought this disease his way, he fought hard and fought long. The initial shock was a difficult time yet as each new part of the disease progressed, he took in stride and carried on. He always said he still had things to do. Even in the last number of years as his illness progressed faster, his best days were the ones spent with family and tinkering in his shop. Once walking became an unsafe option, he could be seen driving in his golf cart to the garage where he always spent his good days. His determination and will to work, live and be with family despite his illness is a trait that he will be remembered by and deeply missed for.

The family wants to extend special thanks to the nurses at the Grande Prairie Care Centre on the Dunvegan Court Floor for putting a smile on Blaine’s face every day. You are true angels on earth.

A very special thank you to Dr. Clow for walking this long, slow road with Blaine during his illness. There are no words to thank you for the time, care, and attention you paid him over the years as he managed living with MSA.

We would like to extend our sincere gratitude to Bear Creek Funeral Home for being so very accommodating during this difficult time.

In lieu of flowers, donations can be made to Defeat MSA (Multiple System Atrophy) Canada.

We are planning a Camp Out/Celebration in Honor of Blaine, July 30-Aug 1, 2021 @ Crystal Creek Hall. More info in the coming months. 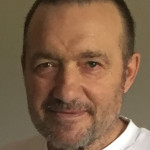 Sending my deepest condolences and love to Mona and family. I can't imagine how difficult this must be. May Blaine's memories comfort you.
- Michele Jacques
My heart felt condolences for you Mona and your family. May Gods love surround you and comfort you during this most difficult time.
- Trena Thomas
Sorry for your loss, lots of great memories of Blaine in high school, our thoughts and prayers are with you and your family.
- Randy Gorrie