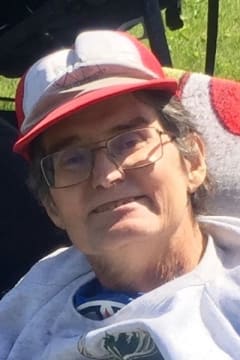 Brian Alfred Allen of Scotswood, passed away on July 28th at the Fairview Hospital. Brian was born in Fairview on September 13, 1954 to Pearl and Walter Allen. He was the youngest of four brothers.
He was pre-deceased by his father in 1956, his mother 1975, and his brother Keith in 2016. He is survived by his eldest brother Kenneth, and also his brother Sidney and family.
Raised by his mother, Brian became a teacher, then took over the farm operation. He was involved in the Scotswood community and will be missed.
A graveside service will take place at Waterhole Cemetery, Sunday August 2nd, 2020 at 2pm
Memorial donations in Brian’s honour can be made to the
University of Alberta Burn Unit 8440 112 Street NW Edmonton, Alberta T6G 2B7,
Grande Prairie Cancer Centre 10409 98 Street Grande Prairie, Alberta T8V 2E8 or
Fairview & Area Palliative Care Society PO Box 552 Fairview Alberta T0H 1L0

Had Brian as a teacher off and on over the years. Always the same suit he wore. Few years back sat a talked with him at the seed plant and asked if he still had it. He said yes. We had a good laugh. He was a good guy
- Norbert Luken