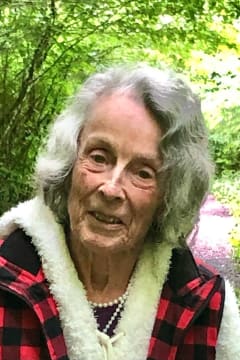 It is with heavy hearts that we announce the passing of our beloved wife and mother, Carol Erickson.

Carol was born in Toronto, ON., and grew up in Vancouver. After graduating from Crofton House, carol went on to obtain a teaching certificate from the University of British Columbia, where she met her future husband Sivert Erickson. Carol and Sivert were married on August 19, 1960 and had 2 daughters: Jacqui and Stephanie. Carol and Sivert spent time living in Vancouver, North Vancouver, and Toronto before ultimately putting down roots in Calgary in 1979. Carol loved her work in ladies’ fashion and continued to work right up until she was 80 years old. For health reasons, Carol and Sivert moved in with Jacqui and Blake in 2020 and lived in Grande Prairie until her passing.

Carol was predeceased by her parents Harry Lang, and Irene Lang (nee Tucker).

A memorial service will be planned at a later late with interment at Pacific Heritage Cemetery in Burnaby, BC., alongside Carol’s mother and grandparents.

In lieu of flowers, donations can be made to the Alzheimer Society of Canada.