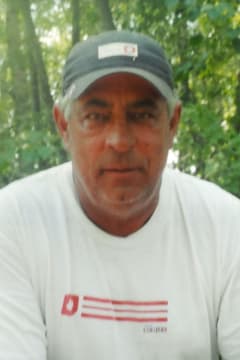 It is with sadness in our hearts that we announce the passing of our Father, Grandfather, Brother, Partner, and Friend Cary Slette on July 11 at the age of 73. Cary was born on January 31, 1949, in Grande Prairie, AB to George and Jennie Slette. Dad was raised on our family farm just outside of LaGlace, AB where he helped raise Grandpa George’s prized Purebred Horned Herford cattle and farm the family land. Later in life he attended Fairview college and graduated with a degree in Agriculture before taking some time off from the farm to travel and gain some important life skills. Dad made multiple trips and lived in Australia during the late 1960’s and early 1970’s where he worked as a server, bartender and cook for many great establishments, this is where his passion for cooking and entertaining all began.

Dad returned to the farm in 1972, where he settled down to begin a family and purchased land of his own, farming alongside his dad and brother on the LaGlace Hereford Farm. In the mid 1990’s, he started an oilfield maintenance company, maintaining and building oilfield leases, while continuing to help around the farm. In late 2000, he decided to give up the hard labor of working on the farm and working in the oilfield to begin working for GT’s Hotshot as one of Greg’s first drivers. Dad continued to work for the same company up until his tragic and debilitating stroke in 2017.

Dad loved to play hockey, ball, and golf as well as hunt and fish in his younger years. But as busy as dad was, he still always found time to coach hockey and run Brent to all his hockey and ball games and take the kids fishing and hunting.

Dad was always the best host for late night meals, drinks, fires and laughs whether it was at Bud Country Fever or the Chinook Valley Golf Course, always cooking and entertaining anyone that would stop by.

At Dad’s request, there will be no funeral service, but we will have a family and friend gathering at a later, undetermined date.

In lieu of flowers, donations may be made to the Heart and Stroke Foundation of Canada heartandstroke.ca in Cary’s memory.