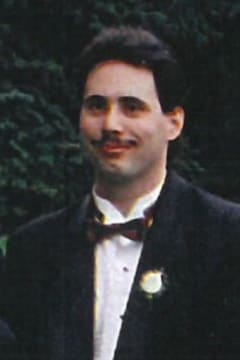 It is with deep sadness and heavy hearts that we announce the sudden passing of a beloved father, brother and friend, Chuck Allan.

Chuck was born and raised in the Brownfield area, near Coronation. His early years were devoted to farm life on the family farm. He graduated in 1988 and in 1990 went on to attended trade school as a motorcycle technician. While attending Fairview College, he met a young lady named Rhonda Hurlock. Their relationship blossomed and after many years together in January 2001 they welcomed a daughter, Taylor Breanna Allan. Taylor, Tater Tot to some, was the light of Chuck's life and he spent his lifetime devoted to her happiness. Over the years Chuck perfected his craft as a Heavy Duty Mechanic and worked at several oilfield related businesses in and around the Grande Prairie area.

His sudden passing is a shock to us all and he will be dearly missed by his daughter Taylor, his brothers, aunts, uncles, cousins, nieces and nephews as well as his extended Hurlock family.

A celebration of his life will be held Saturday September 10th at 11:00am in Grande Prairie at Bear Creek Funeral Home, 11802 99 Avenue. Interment to follow at a later date.

Donations can be made on Chuck's behalf to CNIB.