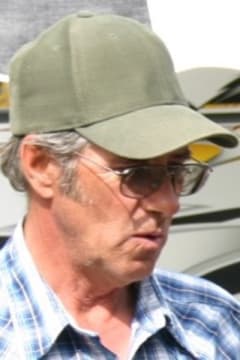 Conrad David Noullett
It is with heavy hearts we announce the passing of Conrad at the age of 66, on May 3, 2020. Conrad was born June 3, 1953 to Albert and Stella Noullett. He was raised on a farm north of Fairview. Conrad worked mainly in the oilfield or as a farm hand.
Predeceased by his parents Albert and Stella Noullett, and brother Richard Noullett.
Survived by his children Krystal Rayton and Shawn Landaker. His 7 brothers Larry (Donna), Kev (Ev), Wayne (Isabel), Garry, Ralph, Harry, and Blaine (Kathy) Noullett. His 6 sisters Barb French, Bernice Weeks, Marianne (Jerry) Desjardins, Cathy Noullett, Shelley Noullett, Juanita (John) Reber. Also, numerous nieces and nephews.
The family wants to thank you for all condolences. Any donations in Conrad’s honour can be made to
David Thompson Bible Camp “Campership fund” PO Box 2455 Fairview, AB T0H 1L0 (780-494-2103)
or
Montaganeuse 4-H Multi Club PO Box 29 Eureka River, AB T0H 1K0
A Celebration of Life will take place at a later date.
Care entrusted to Bear Creek Funeral Home Fairview
780-835-3306
www.bearcreekfuneral.com

To Conrad's family and friends, With heartfelt sympathy on the passing of Conrad. May the love, prayers and support of your family and friends bring you comfort during this most difficult time.
- Fennell Family