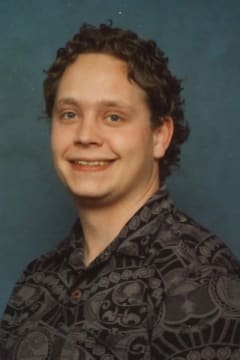 Born in Manning, Alberta on December 16, 1975, Craig Patrick Mulloy passed away peacefully in Grande Prairie, Alberta on April 15, 2020 at the age of 44 years after a battle with cancer.

Craig grew up in Manning and Grande Prairie for the most part. After graduating high school in Camrose, he moved to Red Deer and attended Red Deer College. In addition to those places he spent many years living in Edmonton, and most recently Clairmont.

Craig had a great sense of humor and quick wit. He was easily the funniest person I've ever known. He enjoyed pranking people and was great at it. His light-hearted spirit made anyone who met him have a better day. Even though he had a rough go towards the end of his life, he always kept a happy attitude and cherished every day that he was alive.

He was extraordinarily smart and could figure out almost anything. He wouldn’t just tell you, he would lead you how to figure it out for yourself. He didn’t tell a lot of people, but he had an extraordinary singing voice. He could have been in a Johnny Cash/Doors cover band. He loved being the fun uncle and he was a great friend to everyone he liked. He was very generous and giving, and will be missed so much.

He was pre-deceased by his father Thomas Mulloy as well as his grandparents Eleanor Mulloy, Patrick Mulloy, Eva Reed and William Reed.

Due to current restrictions on gatherings, a celebration of Craig’s life is tentatively planned for the summer of 2020.

Thanks for all the care given from the fine medical professionals at the Cross Cancer Clinic in Edmonton and the Queen Elizabeth II Hospital in Grande Prairie. Memorial donations may be made in Craig’s memory to a charity of one’s choice.

Heartfelt sadness, Pam and Bev. Some song will sing in your hearts from your Craig.
- Arlene McDonnell
A verse I found comforting "Those we love don't go away. They walk beside us every day. Unseen, unheard, but always near. Still loved, still missed and very dear."
- Gail Prette
We are so sorry for your loss Pam and family. Craig was such a wonderful soul. He would always put a smile on ones face. He will be dearly missed. Our thoughts and prayers are with you.
- Terrance Seaholm
So sorry to hear of your loss. My deepest condolences.
- Leeann Francis
So sorry to hear of Craig's passing, he was such a nice young man, I met him at my daughter Erin's many times while visiting and he was always a gentleman to me..He will be fondly remembered as a good friend..
- Maggie Mclean
Craig was a dear cousin, growing up together we spent many of hours playing board games and just hanging out together. No matter the distance or time spent apart did not matter. He had a gift to make you feel loved and full of cheer. We will truly miss Craig and send our love and condolences to the family
- Shannon Harder