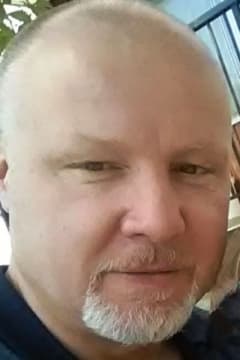 It is with profound sadness that the family of Daren Zenner announces his sudden passing on May 13, 2020. He will be fondly remembered by his daughters Francesca, Amanda, Christy, Danielle; his mother Wanda Zenner; brothers Craig Zenner, Barry Zenner; numerous aunts, uncles, cousins, nieces and nephews, and special friend Nancy Stokke.
Daren completed kindergarten through Grade 9 at the Bezanson Consolidated School before going on to attend High School in Sexsmith. Daren was very athletic and participated in a variety of sports; however boxing proved to be his sport of choice. In 1988, Daren won a gold medal in boxing at the Alberta Winter Games that were held in Red Deer, following which, he moved to Edmonton where he trained at the Panther Gym alongside Ken Lakusta who was the Canadian Champion at that time. The next move was to Dallas Texas where he was trained and coached by Curtjs Cokes who had been a welterweight champion. Shortly thereafter in, 1991, he made the move to New York where he would live, train and fight for many years. In October 1994, Daren became the USBA Regional Super Middleweight Champion followed by the Westchester USBA and the NY State Super Middleweight Champion In October 1995.
Daren fought many battles over the years and amassed a record of 33 fights; won 27, of which 19 were knockouts including Adam Garland and Norman Bell. The biggest event of Daren's boxing career was a bout for the World Title in the Light Heavyweight Division against the undefeated and undisputed world champion, Dariusz Michalczewski in Hamburg, Germany in December 1997. However the bout was stopped at the end of the 6th round by the doctor due to cuts.
Daren retired from boxing in 2000, purchased a home in Long Island and embarked upon a new career as a mortgage broker and real-estate agent private investor where he bought and flipped residential and commercial properties. He married and raised a family of four daughters: Francesca, Amanda, Christy and Danielle. Daren eventually moved to Florida where he semi-retired. He still worked with in the real-estate industry and still has a large following of New York boxing fans. Daren decided to return home to Canada in 2018.
Daren's boxing picture is hung on the 'Wall of Fame'' at the New York State Athletic Commission Building, where all the champions are honored. He was ranked 7th in the World at one point in his career. Daren had trained and had been in the company of some of the greatest talents in the boxing industry - Sugar Ray Leonard, Buster Douglas, Mike Tyson, Roger Mayweather, Arturo Gatti and Evander Holyfield to name a few.
A private family service will take place on Friday May 22, 2020. Those of you who would like to donate, can do so in Daren’s honour to the Glen Leslie Cemetery Box 72 Bezanson AB, T0H 0G0.
Care entrusted to Bear Creek Funeral Home 780-830-7742 www.bearcreekfuneral.com

I am greatly saddened to have just learned of Daren's death. Daren and I met over 10 years ago. We spoke often and he was always just a phone call away if I needed to talk with him. He helped me get through some tough times. He affectionately called me CB or Charlie Brown. I will miss you my friend, rest in peace.
- Charles Leslie
My deepest sympathy I only know we Darren for a short time but in that time we had a real good friend ship a some very interesting long talks . He spoke highly of his girls an I will miss his one on conversation .my heart is broken an sad he is gone rest in peace my friend
- Denise cyr
My deepest sympathy I only knew Darren for a short time but we had alot of good talks he was truly a family guy an spoke highly of his girls he was very proud of them .I will miss you my friend said hi to my mom up in heaven you will be missed. D
- Denise
Hi Daren, just learned why you weren't replying to my texts... I'll miss our daily chats full of up and down, you were like a brother to me, I'll miss you a lot. Life is a fight, and i know you'll watch me fight until the end. Please say hello to my dad. Take care brother. Alex
- Alexandre Pepin
So sorry to here of the passing of Daren , I have known Daren since mid, 1980,s he trained with ken Lakusta for awhile before he went to New York, he came back to Edmonton in 2018, for a few months than I lost contact with him, so sad, he loved his daughters he talk about them lots , so sorry for there loss , you will be missed Daren. RIP. YOUR FRIEND PAUL
- Paul keefe
My deepest sympathies go out to Daren's family. Daren was a true superstar while living in Florida. He entertained the town with his boxing stories and his great knowledge on every subject there was. He always lived like there was no tomorrow. He was not only there for me but he saved a few lives of strangers he never met. His heart was as big as his boxing gloves. I sure hope there are no bullies in heaven because if there is look out because heaven just gained a golden glove angel.
- Sheila Antley
So sorry to hear of Darens passing . Our thoughts and prayers and hugs go to Darens kids , Wanda , Craig and Barry
- Crystal Woolsey
So sorry to hear about Daren's passing . Sending our thoughts , prayers and hugs to Daren's kids, Wanda, Craig and Barry . Ken & Crystal Woolsey
- Crystal Woolsey
My deepest sympathy to all the family! So sorry to hear of Daren's passing Wanda! May god take care and love him as you all did! Hugs to you all!
- Joy Storey