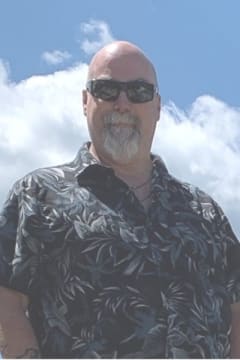 It is with heavy hearts that the family of Darren Robert Cooke announce his sudden passing on November 2nd, 2020 at his residence.

Darren was born on April 21st, 1968, and raised in Grande Prairie, AB where he attended various schools in the community. Darren was a hardworking man with many skills that lead him in many directions of work and hobbies. He began working at a young age as a farm hand for his dad and spent many years of his young adulthood working for companies such as Case Tractor, Nelson Lumber, Armtec, Topco and RDI. If you needed any work done, 9 times out of 10 Darren could and would get it done. He had a knack for problem solving and would create stunning works of art. His latest puttering skills lead him to create a beautiful backdrop in the back yard and a stylish rail in the front yard. However, the gate in the driveway to protect his family was a masterpiece and showed his drive and work ethic that he was known for. Another passion of his was quadding with his best friends Dave and Darren Berg, Neil Morrison, Brent Ask and anyone else who dared to join, which showed his talent of getting stuck in the deepest mud holes and coming out as dirty and grimy as he possibly could. He never feared a mud hole or steep hill.

He took pride in his family, especially his kids. He loved playing video games with his son Brailon and would support him in every endeavor he tackled; he was so proud of him for returning to school. He loved bringing him along to hang out with his best friends and blossomed Brailon’s love for rock music. Mackenzie truly was daddy’s girl; he loved to take her quadding and would always make sure she felt safe and protected. He taught her how to drive and always made sure she had a truck to get around. He was so proud of her for graduating and entering the working world, where she showed a work ethic that was on par with his own. He was so proud of Kirk for getting his dream job this year, and even built him a desk to do his nail art and makeup on. He was always building things for Kirk’s room to make sure he felt comfortable. He truly loved him unconditionally and was proud of who he was and who he became. He loved his hockey hero Julius and enjoyed watching his practices and games. He bought a pair of skates to help Julius practice in the icy driveway, always giving him tips and pointers. Julius looked up to his dad so much and became an oilers fan just like him. He truly understood Julius and the two of them would work outside together in their matching coveralls. Not only was he proud of his own children, but he was also proud of the partners they chose; he knew his girl Mackenzie would be cared for and loved by her boyfriend Gavin. He appreciated how much he could see the love that he himself had for Mackenzie in Gavin. Even though he didn’t get to see Mando often, he could tell that Brailon was truly loved by the way Brailon spoke of them and how they would go above and beyond to make sure he is happy.

Darren’s celebration of Life will take place on November 10th, 2020 at 1:00pm at Bear Creek Funeral Home in Grande Prairie, AB. Due to Covid-19 restrictions, we are limited in capacity; the service will be livestreamed to ensure everyone who wishes to can attend via livestream.

Memorial donations can be made directly to the family to cover funeral costs at omarlacooke@gmail.com. 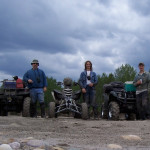 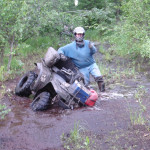 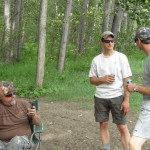 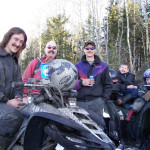 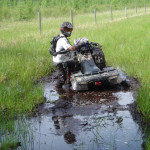 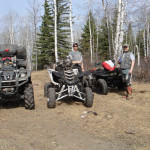