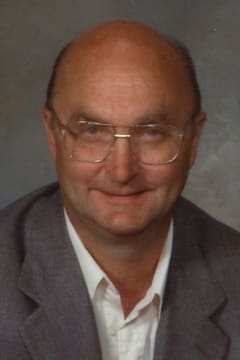 David was born in Listowel, Ontario and spent his early years going to school and growing up with his family in Mount Forest, Ontario. He left Ontario at the age of 16 to go find his older brother who was working in Thompson, Manitoba. He found work there for a time then headed west with a friend to go work in the oilfield. They found a few jobs along the way and eventually ended up in Swan Hills, AB. He spent years thereafter working in the oilfield starting out as a roughneck and working his way up to rig manager.

Over time - he lived in various places including Westlock, Edmonton, New Sarepta and Nottawa, Ontario, but eventually settled in Webster, AB. with his wife and family for 20 plus years. There he married his wife Gloria, and they raised 4 children, built a home, shop and 3 trucking companies.

David was a very ambitious person and was passionate about everything he did in life. He worked hard at trying to balance time for work, family and friends. He loved classic cars and was determined to have one eventually finding one that was in pretty rough shape. He put his heart and mechanic skills to work and re-built it from the ground up. It was his pride and joy.

David was preceded in death by his parents - Lenwoode and Merle Edgar as well as two older brothers - Gerald and Wayne and a sister - Tanji. He was also predeceased by a grandson - Jesse Gulliskson.

He is survived by his wife - Gloria, two beautiful daughters - Jo-Anne (Barry) and Veronica as well as three step-children - Lorrie, Stewart, and Steven. Also surviving him are two more brothers - Paul and Dale. Also missing him are grandchildren, great- grandchildren, numerous nieces and nephews and friends who will never forget him.

He was dearly loved by all, missed by each and every one of us and will always hold a special place in our hearts.

The Rose
It is only a tiny rosebud
A flower in God's design
But I cannot unfold its petals
With these clumsy hands of mine.
The secret of unfolding flowers
Is not known to such as I
The flower God opens so sweetly
In my hands would fade and die
If I cannot unfold a rosebud
This flower in God's design
Then how can I think I have the wisdom
To unfold this life of mine.
So I'll trust in Him for His leading
Each moment of every day
And I'll look to him for His guidance
Each step along the way.
For the pathway that lies before me
My heavenly father knows
I’ll trust in Him to unfold the moments
Just as He unfolds the Rose.