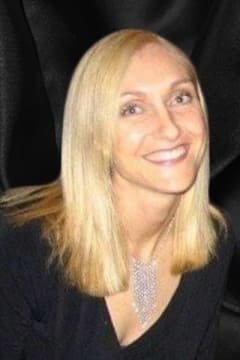 Diane Fleric Szun of Grande Prairie passed away on October 6, 2020 at the age of 51 years.

Diane was born to parents Hans and Marianne Fleric in Eschweiler, Germany on September 8, 1969. After moving to Canada, Diane was made to be a big sister to Stephanie. She graduated from River East Collegiate in Winnipeg, MB and later received a degree in Human Resource Management from the University of Manitoba. Diane loved to be helpful to all those that had the pleasure of knowing her.

At the early age of 15, she met her first great love Kirby who would be the love of her life and her best friend throughout her entire life. The two married blissfully in 1989, and shortly after their marriage came the birth of their first daughter Kayla (1992) only to be followed by their second daughter Sarah (1994). Diane was an amazing mother, who loved and supported her daughters unconditionally throughout their time together as they were her greatest joys in life. From sports and summer camps, to emotional support, and an everlasting friendship as they grew up, Diane was always there for her daughters in any way she could be. Anyone that knew her, knew how proudly she always showcased her love for them and all of their accomplishments in life. After Diane and Kirby divorced in the fall of 1999, she met Dan Szun in 2000, and realized quickly that she had found her second great love with him at her side. She fell in love with his children Andrew and Jessica just as she loved her own daughters. The love she had for them was unconditional, and she was so proud to be part of their lives as they blossomed into young adulthood. In 2017 Diane made the decision to leave Winnipeg permanently and move to Grande Prairie to start the next chapter of her extraordinary life closer to Kayla, Sarah, and Kirby. She was welcomed with open arms and made the most of her time in the north. Diane was a lover of the outdoors. She travelled many places in her life from the ocean in California to the mountains in Revelstoke, she was a true lover of new places and experiences.

Diane loved her family, her friends, and her furry companions Snoopy and Finnigan above all else in the world. She was a light to everyone that knew her with an infectious laugh and stunning smile. She shared compassion, kindness and a love so fierce to all in her life. Though her time here was shorter than we all wished it would be, her timeless beauty and charismatic personality will be remembered and live on forever through the memories we all hold close to our hearts.

Diane is survived and will be remembered by numerous friends and family including her first love and best friend, Kirby Nastiuk, daughters Kayla and Sarah Nastiuk, honorary daughters Maygan Gosse, Taylor Stone and honorary grandchildren Sarah and Hunter Stone. Diane’s memory is also survived by her ex-husband, Dan Szun, his two children Andrew and Jessica Szun, the family dog Finnigan, who remained by her side throughout her peaceful demise, her father Hans Fleric, sister Stephanie (Russel) Skrypec, nephew Eric Skrypec and niece Nicole Skrypec. Diane had some great friends in her life whom she could trust to always bring her joy and laughter; Julie Springer, Cory Cassidy and Kim Talaga.
She was predeceased by her mother, Marianne Fleric and her longest companion, Snoopy.

In lieu of flowers, donations can be made to the Canadian Mental Health Association at cmha.ca in her memory.