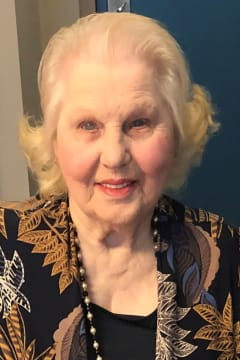 Dorothy Adella (Pearson) Peacock, formerly of Hythe, passed away at the Grande Prairie Care Centre on February 19, 2022, at the age of 91.

Dorothy was born August 12, 1930, to Art and Ella Pearson. She often reminisced about her wonderful childhood growing up in Hythe, along with her brothers Bob and Don. She always felt blessed to have had the closeness of grandparents, aunts, uncles, cousins, and friends (many who became life-long friends). She had fond memories of spending time with them, swimming in the Beaverlodge River, skating, playing ball and just having good old-fashioned fun. Everyone was poor in those days, but she used to say they were rich, and those years were the best.

At an early age, it was evident that Dorothy had a musical gift. She could play the piano by ear and was later given piano lessons. She also had a beautiful singing voice, and when she was young, it was a sure bet she would win ribbons every year for her musical abilities at local talent competitions. In her late teens, if she wasn’t playing piano for many weddings, funerals, or dances, she was singing for them. Dorothy used her musical talents throughout her life and taught many students’ piano and organ until she retired.

Dorothy’s unique style of playing both piano and organ was special. Just listening to her play was such a joy to appreciate. She could play almost every song ever written and could also sing them all. Her favourite songs were from WW1 and WW2, country-western (especially from the 1950’s and 1960’s), classical, pop, gospel; you name it, she could play it! There was always music in her home and many sing-songs were enjoyed with Dorothy at the piano, and family and friends gathered around. Thankfully, she made several recordings of her playing and singing, which will be so cherished by her family.

Dorothy lived in numerous places during her life. Prior to moving back to Hythe in 1998, she lived in the Seattle area for thirty years. She loved that part of the world, especially the mountains and being near the water. Dorothy made many friends there and continued to teach piano and organ. She never lacked for students, as she was a remarkable teacher whom everyone loved. She had a great sense of humour, was fun loving, kind and gentle. She loved to laugh and used to say, “Everyone needs a good laugh every day, especially at yourself!”

Sadly, Dorothy’s hearing diminished severely later in life. Over the years, she learned to lip-read without even realizing it! She wore hearing aids for many years, but over time, her hearing worsened. She was not able to play organ music any longer, but it was amazing that she could still play the piano so well, much to the joy of her family and friends. In her last year and a half of life, Dorothy became completely deaf. Still, she would sometimes entertain residents and staff at the Hythe Pioneer Home on her grand piano, which was donated to the Home when she passed away. During her last few months, Dorothy was a resident of the Grande Prairie Care Centre, and occasionally the staff would convince her to play their keyboard for fellow residents. She delighted everyone by her musical abilities, despite being completely deaf, and always with a smile on her face.

Dorothy’s strong faith in the Lord sustained her throughout her life. She encountered many trials in her life, along with a countless number of triumphs. Dorothy was grateful for the life she had and was truly a remarkable woman who will be so sadly missed by her family.

The family thanks the staff at the Grande Prairie Care Centre for the wonderful care given to Dorothy during her residency there and in her final days.

In lieu of flowers, those wishing to honour Dorothy’s memory, donations can be made to Pearson Place, PO Box 440, Hythe AB T0H 2C0.

A memorial service will be held on August 12, 2022, at 1:00pm, at Bear Creek Funeral Home, 11802-99 Avenue in Grande Prairie. Interment of ashes will be at the Hythe Cemetery. Family and friends are invited to a luncheon at Brad and Debbie Balderston’s farm following the interment of ashes.