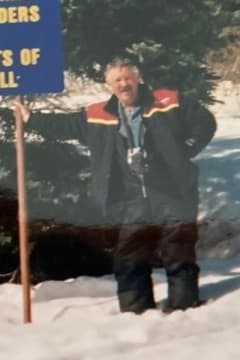 Doug was born to Robert and Hilda Dei on May 16,1957 in Fairview, AB. He passed away June 1,2020 in Edmonton, AB. Doug grew up in Hines Creek, AB and spent his later years in Manning, AB. He is survived by his daughters Crystal (Adam), Mindy (Shawn). Grandchildren Sawyer, Ketch, Dylan (Kaiden), Kendall. Great grandchildren Beaux, Merryck. Siblings Charlie (Ileen), Alvin, Anita (Ben) and numerous nieces and nephews. He is predeceased by his parents Robert, Hilda Dei, brothers Edwin Dei, Norman Dei and sister Shirley Wesley.
In lieu of flowers donations may be made to Manning Auxillary Hospital, Box 1335 Manning, AB.
The family would like to thank everyone for condolences and well wishes. Due to current meeting restrictions, Doug’s graveside service will be limited to immediate family.

My condolences to the family. A great co worker and great friend who will be truly missed
- Brian Sydoruk