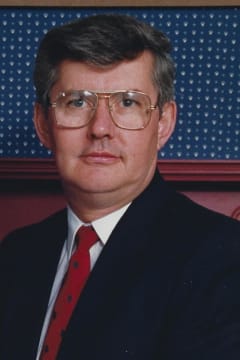 June 3, 1938 – May 22, 2021
We are sad to announce the passing of Eric Hulan, husband to Lyla, his wife of 59 years, and father to Audrey Walsh, Vincent (spouse Erin Lynch) and Vance Hulan (spouse Sheri Hulan). He also leaves behind grandchildren, April MacMillan, Tara MacMillan (boyfriend Kris Skodje, Eric Hulan Jr, Cole Hulan, and Jonathan Hulan. He was predeceased by his son in law, Joe Walsh. Eric would have been 83 years old in June.
Eric was born and raised in Jeffreys, Newfoundland until joining the RCAF in 1955 at the age of 17. He spent 24 years in, moving back and forth across Canada until finally retiring when arriving in Grande Prairie (Beaverlodge Air force Base) in 1979. There after Eric took up the career as a Real Estate Agent with Granco Realty and Canterra Realty for 27 years, where he made many a good friend and had lots of good times and memories.
Eric enjoyed many things before and after retiring such as camping, fishing, and spending lots of time with his family always but particularly enjoyed family holidays and turkey dinners like Thanksgiving and Christmas. He was a big fan of the video camera back and has recorded many memories of the family and children left for us to cherish from these events.
Even though Eric had retired at retirement age, he never stopped building projects for the family such as decks, screen rooms, and a shop, and worked well into his 70's with his sons at their oilfield business.
The patriarch of the family, although slowed down much in his more recent years, was always great at making sure the family was together for many an outing over the years. You will be sorely missed. We love you Husband, Dad, and Grandpa.
Care entrusted to Bear Creek Funeral Home 780 830 7742 www.bearcreekfuneral.com 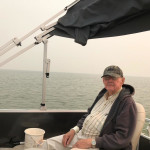 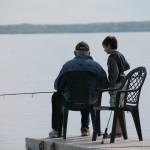 It was an honour and a privilege to have known Eric. Great memories of the many things that i was a part of. Rest in Peace.
- Duncan Mac Millan
Lyla and Family..Sincere condolences on Eric's passing. Peace be with you all. Anne & Gord Graydon
- Anne Graydon
Lyla, thinking of you. I'm so sorry for your loss. Eric was a great guy and Tom considered him a good friend.
- Jan Shields
Lyla we are sorry to hear about Eric . Sending you hugs. Phil and Judy Barber
- Judy Barber
Thora worked with Eric We really like him He was a very nice person
- Rejean Grenier