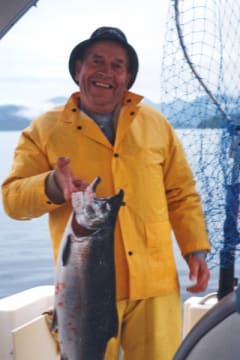 It is with heavy hearts that we announce the passing of Eugene Cunningham, on Sunday, August 30th at 87 years of age. He was born in Grande Prairie and raised on a farm in the Albright District. He attended North Beaverlodge School and was a member of the first graduating class of the Fairview Agricultural College.

Eugene worked as a lineman for Alberta Power for a number of years. He later returned home to farm where he met his wife Shirley Mill. He farmed for many years and worked at various jobs. He ended his working career at the County of Grande Prairie in the Ag Department.

He was an active member of the Masonic Lodge for many years. He enjoyed square dance calling, hunting, fishing, camping, and spending time with his family.

In lieu of flowers, donations may be made to the Beaverlodge Hospital Foundation, Box 480, Beaverlodge, AB T0H 0C0 or Parkinson’s Association, #230C 4039 Brentwood Rd NW, Calgary AB T2L 1L1 or the charity of one’s choice.

Link for livestream of service

Link for livestream of service 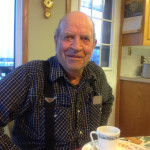 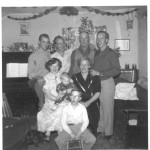 Dear Shirley, Debby, Ray and families Ron and I were so saddened to hear of Gene's passing. We were very thankful for technology and had Mom and Dad come over to our house to watch the service today. It meant so much to all of us and especially them as they wouldn't ever have been able to make the trip up there. Take care and know that we are all thinking of you
- Judy Konieczny
Shirley and family, my sympathy on the loss of Gene, he will be missed!
- Dorothea Omlid
Ray and Maureen,we are so sorry to hear about your Dad are thought are with you and your family,sending our sympathy to all of you,Doug @ Pat Kramer.
- Doug Kramer
Dear Shirley & families, So shocked & saddened to see that Gene passed. We had so many laughs during our time working at the County. Those memories will last forever. Sympathy to all
- Trudy Peterson
Cory and I are very sorry to hear of the passing of Eugene. Our condolences to you all. We will be thinking of you often in the days to come. Take care.
- Michelle
We wish to send our sincere condolences to Shirley and family on Eugene's passing! We have lots of memories of Eugene and Shirley coming to visit Loreen and Charlie and when the cousins ( Norman, Pat and Charlie) and Eugene were together there were certainly lots of laughs! Once again our sympathy! Take care! Joyce, Lloyd, Margaret and Lois(Whelan)
- Joyce Babuik
Our sympathies to you Shirley and your family I got to know Eugene in the years we both worked at the County and it is sad to see another pioneer of this country gone Our thoughts and prayers are with you and your loved ones Frank and Trudi Lowen
- Frank Lowen
Shirley and family, I'm so sorry to hear about Eugene. I have so many fond memories from Cunningham family reunions of him... flipping pancakes, driving kids around the farm in the wagon on the quad, and simply making those around him laugh. He was truly a great man, full of energy and life. He will be missed. Love to you all.
- Jayne Degenhardt
Shirley, Debby', Ray and families. Sending my sympathy to you all.
- Maureen Pfau
I just wanted to express my condolences to your family. It was such a pleasure being his care aide and having wonderful visits with Angus and rusty. Made my mornings.
- Nicole buckland
Shirley , I'm so sorry to hear of the passing of Eugene. My thoughts and Prayers be with you and your family at this time. He was a GREAT man. And a gentle soul. God Bless
- Faye