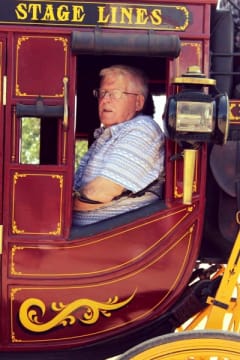 It is with great sadness that the family of George (also known as Papa) announce his passing in Spirit River, Alberta.

George will always be remembered for his contagious laugh, giving heart, the love for his family and friends, and his caring nature. Papa was a teacher of many things to his children and grandchildren; then learned a wealth of knowledge from him. George also loved to watch or read about old westerns in his spare time.

Left to mourn are his two sons Dean (Michelle) Mosure and Todd (Tina) Mosure, daughter Angel (Bruce) Paton and daughter-in-law Joannie Mosure. George also leaves to mourn his younger siblings of four Brothers and eight Sisters as well as their spouses. Also left to mourn are his twelve Grandchildren and twelve Great Grandchildren; along with numerous family members and friends.

Due to COVID-19, there will not be a service held at this time. A private celebration of life will be held at a later date.

We love you Papa ♥
Rest in Peace

Honor the life of George Mosure

Please share a condolence, photo or memory of George. We welcome all condolences that are positive and uplifting that will help family and friends heal.