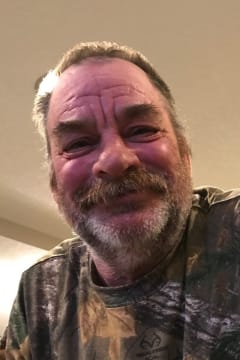 Gilles lived in St Front, SK for most of his childhood where he was close to many siblings and cousins. The family moved to Saskatoon in the summer of 1969 where he completed his schooling. After school he was employed with CN Rail. He worked for CN for a number of years before leaving and pursuing his passion for building. Gilles moved to Grande Prairie, AB where he owned and operated a successful framing business. He continued to work in the construction industry until his death.

Above all, Gilles loved his family and spending time with them. His children and grandchildren meant everything to him and he valued every minute spent with them. He valued all his trips to Saskatoon to visit his mom, siblings and extended family. Gilles was known for having a huge heart and was always giving to others. Gilles would give the shirt off his back asking only a hug in return.

Gilles loved hunting and fishing and other outdoor activities, especially when it included time with his family. Saturday nights he would be found sitting in his Montreal Canadiens recliner with a cold beer cheering on the Habs.

A Mass of remembrance will be held by Fr Marc Syrenne on CCY CHAPS Facebook Page Thursday May 20th at 7pm MDT with a Funeral Mass to be held in Saskatoon in the Summer with interment to follow.

i was quite sad to hear of gilles passing. Feepest sympathies to.hus family. Had always enjoyed gilles friendship. He was always so kind and caring. He framed our house with his friend dwight....i hope they are watching football and hockey together and having a beer. He will be missed.
- glenda
A very kindhearted caring and generous guy. RIP Gilles. My sincere condolences to all of the family. -Sharon Syrenne
- Sharon Syrenne
I met Gilles doing what he loved best, building homes. He always had a smile on his face and a funny comment to share. His laughter will be sadly missed.
- Mike Comis

You will be so missed Uncle Gilles. Truly is an honour to call you Uncle. Give Baba and Gido a big hug from me.
- Cindy Rybchinski
Gilles would always say that he was mom's favourite. Then he would his crazy laugh with his toothless smile. Love you brother. You can count on my prayers every day of my life. Marc Syrenne
- Marc Syrenne
So sorry for your loss😢. Will be praying for you. Diane & Robert Purdy
- Diane