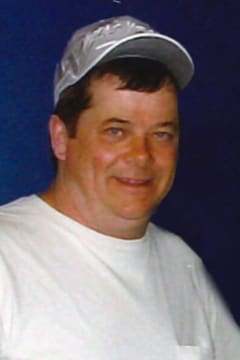 It is with heavy hearts that we announce the unexpected passing of Glenn McAllister on June 29, 2021, at the age of 61.

Glenn was born on October 22, 1959, in Wainwright, Alberta to Dorothy and Glenn McAllister Sr. Growing up Glenn hated school, so when he got the chance he would catch the school bus in the morning, go to the pool hall, then catch the school bus home. He quit school and went to work for his father running CAT to which he made a career out of. Glenn worked as a Heavy Equipment Operator throughout Alberta and Saskatchewan and until his death, in Camrose. In 1999 he met his love Donna and after a long courtship they married in 2008. Glenn has three daughters, Tanya, Sarah, Jenna and one stepdaughter whom he treated as his own, Deanna. He and Donna loved the great outdoors and would go camping and fishing when he wasn’t working. Glenn enjoyed spending time with his family. He was a kind, loving, thoughtful man who always put others first before himself.

Glenn is survived by his wife Donna; his daughters Tanya (Andy), Sarah (Maurice), Jenna (Tyler), and Deanna; his grandchildren Georgia, Winter “Winnie”, Seamus, and Seth; as well as his brothers Roy, Allan, and Tim, his sister Debbie; his aunt Ruth, and uncles Bert, Roy, and Reg.

He was predeceased by his parents Dorothy and Glenn, and his Grandparents on both sides of his family.

A private Celebration of Life will take place at a later date.