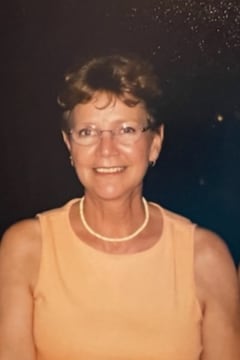 It is with heavy hearts that we inform you of the passing of Gloria Ruth Sutherland. Gloria passed away at the QEII hospital in Grande Prairie, AB on Saturday, May 15, 2021 after a longtime battle with numerous health conditions.

Gloria was born on October 7th, 1952, in Grande Prairie, AB. She was the third of four children born of Josephine and William Morrell. Gloria was raised in Belloy, AB until 1964 when the family moved to Grande Prairie. Gloria attended the Grande Prairie High School and graduated in 1969. In high school she was very active in schools’ sports such as basketball and volleyball. When Gloria was 18 years old, she met Murray Sutherland and later married in April 1971. They built a home east of Grande Prairie and began to build their family welcoming her four children; Tel, Tyrel, Trent, and Tia and family horses, dogs, cats, and many other farm animals.

Gloria was a classic mom and loved her children to the fullest. When the children were younger, she would drive them to all types of sporting events such as hockey, soccer, and gymnastics. Gloria also enjoyed watching her children play polo with Murray. Some of her favorite hobbies included planting flowers, reading, taking pictures, puzzles, going for walks, golfing, and was an excellent cook. She loved to travel, especially to Europe, to visit her sister Hazell and family. In the late 80’s she started working at Canadian Airlines at the Grande Prairie Regional Airport until 1995, when she was diagnosed with breast cancer; this led to numerous health conditions. Gloria was inspired to support the Canadian Cancer Society’s annual Breast Cancer Luncheon for many years and was invited as a guest speaker, as well as participated in the Canadian Cancer Society’s Relay For Life.
In 2003 her first grandchild was born and ever since then she was only known as “GG”. Her new passion was having her many grandchildren around, they gave her so much joy, and she adored them all.

The family would like to say a special thank you to the numerous Dr’s, especially Dr. Mok and his extraordinary efforts, as well as the nurses and staff at the Prairie Lakes Seniors Community and the QEII Hospital, caring for Gloria and assisting her to be as comfortable as possible.

At this time there will be no service held. We hope to be able to have a celebration of life later this summer when possible. In lieu of flowers, the family asks that donations be made to Breast Cancer Research. 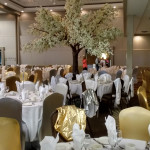 A Mother's Love is forever! Sincere Sympathy on the loss of your beautiful mom Gloria. I met Gloria when we worked for the airline (Time Air/Canadian Regional) Our friendship also grew outside of work. Many wings, beers and margaritas were had with flight crews at Hombres. One of my favorite Santa's of my collection was a gift from Gloria and she is with me every year I take it out to admire. Rest in peace. Max
- Maxine Bozarth

Gloria was such a blessing and a breath of fresh air. Life and Love bubbled up from the inside. In all the years that I have known her, she has never asked anything of me except to spend time with her. I would come to G.P. with a big long list of things to be done, run into Gloria, end up at Moxies and that was it. List gone down the tubes. She'd say" oh you've got lots of time" and then pretty soon it was "you'll get it done next week" and she was right. Or I'd be on my way home from G.P. stop in to see her at 9:00 and tell her only for half an hour cause I had 55 miles to go. some times I'd get home by midnight but other times it was 2AM, but again she was right, more important to spend time with people you care about than to get your ice cream home ,just don't hit a moose. Laughing, crying, shareing. It was all so worth it. Gloria made others know how special they are. She always gave. She had so many hard parts in life but she lived fully. She brought so much Joy and she shared it freely I truely Loved Her and am so thankful to have had Her in my life. What a Blessing Tel, Ty, Trent , Tia, Bev and Hazel and Your Families ......... Gloria was such a gift to me. I am so sorry for all that You are going through and my wish for You is for whatever helps and heals You. Blessings to You All Darlene Webber
- darlene webber

I am sorry to hear of Gloria's passing. She was kind and welcoming to our family. My first catamarran ride was with Gloria. Fond memories. Desiree MacArthur
- Desiree MacArthut

To all of Gloria's family. My sincere sympathy to all. Thoughts and prayers are with yous at this most difficult time. I am also from Belloy and we all road the bus together in the ole days. Vicky Yaremko ( Pierog )
- Paul & Vicky Yaremko
I'm so sorry to hear of my old schoolmate and neighbour's passing. Gloria was a beautiful lady, in every respect. My condolences to the whole family.
- Don Edgecombe

Sending our heartfelt condolences to the family of Gloria, the people closest to her and all that loved her. Gloria was one of the strongest souls I've ever known, her endurance and passion for life was incredible. Gloria now you can rest high with the angels and watch over your loved ones with your beautiful heart ~ Joanne Waldner Ingalls ~
- Joanne Ingalls
I remember Gloria always smiling when she was dating Murray. Debbie and I would be hanging out in the basement and Murray and Gloria would come down probably hoping Deb and I would promptly LEAVE !! Gloria you were a beautiful lady ! My condolences to all the family ! Love always Judy ( Rutberg ) McRann
- Judy (Rutberg) McRann
Many fond memories of you all as students at Harry Balfour School. Thanks for sharing a portion of your life with me during my teaching career. Thoughts and prayers are with you all in your loss. Deepest sympathy. Take care and be safe. Joe Quinn
- Joe Quinn
So sorry to hear of Gloria's passing,she was a truly beautiful lady. My deepest sympathy to you all. Levola Sedore & family
- Levola Sedore