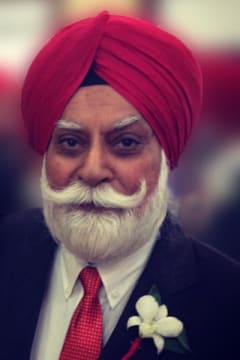 It is with heavy hearts that we mournfully announce the passing of our beloved father, patriarch of our clan.

He did so much for his family. He was solely responsible for changing the lives of multiple family members, friends and even strangers by helping them settle in Canada. Most importantly he sacrificed so much for our mother and us brothers. One of the first Sikh men in Northern Alberta, he bore the burden of being an immigrant. Along with a handful of other immigrant men he ventured to Grande Prairie in the 70’s in search of his Canadian dream. He began working several labour jobs and ultimately worked for Canfor until its closure in the early 90’s. He then moved to British Columbia and made Surrey his home up until 2017, when his declining health forced him back to Grande Prairie to live with his eldest son.

He shielded us from the harsh realities of immigrant life, but at the same time gave us the knowledge and courage to face them. Us brothers are now the bearers of a great duty. A duty to carry on the legacy of a hard working poor farmer who dared to dream a Canadian dream.

With all his greatness and all his faults, he was the greatest man we have ever known. Rest in Peace King.

A Funeral Service for Harbans will be held on Friday, January 15 at 3:00pm. Due to COVID-19 restrictions, attendance is limited to invitation only. For those unable to attend, a livestream will be available on Bear Creek Funeral Home's Youtube Channel, link below.

Masarji you were a driving force behind your family and extended family. I cherish our visits when you were still in Surrey. Love you and will always miss you.
- Nicky Chauhan
U have done so much for me and my family u will always part of me: Tejpa Randhawa

I did not know your grandpa , but form your obituary he sounds like a wonderful man, dad and grandfather who made huge sacrifices and worked very hard to give his family a better life.
- Laurel Rohne

Thank you Grandpa for everything that you did for us. I miss you so much. I am so happy that you were able to see Naaz. I will raise her with the core values you have taught us. I promise that the whole family will take care of your queen. She misses you dearly. Miss you and one day we will meet again. Love you -Jasmeen
- Jasmeen Sandhu

Thank you uncle, I am sorry I could not talk to you as mush as I wanted to . I am really sorry. I miss your smile, laughter and our long talks we share for 5 years. Love you.
- Raj Purie

we are going to miss you, you were the best.Love you mamaji
- Rani Gurmez

thank you for being the best grandpa, i love you
- sophia sandhu

I love you so much grandpa. Thank you for everything you've done for your family.
- Munit Sandhu

I love you so much grandpa, thank you for everything you've done for your family.
- Munit Sandhu

Thank you for all that you sacrificed for us. I love you dad.
- Manpreet Sandhu