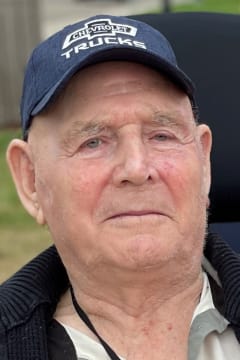 Harry was born on August 2, 1932, in Madden, Alberta. In his younger years he worked on seismic crews. In 1954 he married Margery Banta and they raised six children. They farmed outside of Crossfield, Alberta then moved to the Bear Lake area near Sexsmith, Alberta in 1962 where they successfully farmed for many years. Harry enjoyed woodworking and spending time with family. Travelling, camping, vacationing spending winters at Roadhaven resort in Apache Junction were some of his very special memories.

A special thank you to Dr. Ian Renfree and the staff at Prairie Lake Senior’s Community.

At Harry’s request there will be a private family gathering in his honor at a later date.

In lieu of flowers, please consider a random act of kindness or a Memorial Donation to a charity of your choice.