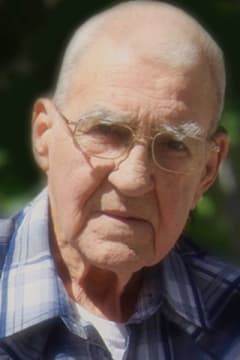 Ian Irons, a long-time resident of Grande Prairie, AB, passed away at the QEII Hospital on Friday, December 4, 2020, at 78 years.

In 1960, the Irons family moved to Grimshaw, AB, where Ian worked at the Grimshaw Planing Mill with his father. During that time, he met the love of his life, Mary Rabchak (Irons). Ian and Mary were married on June 30, 1964, in Grimshaw, AB.

In 1965, they welcomed a daughter, Trina, and in February 1966, they moved to Grande Prairie, AB. Ian worked at the Canfor Mill until he started his new job at the Northern Alberta Dairy Pool (NADP) in 1967 at the 102nd Street location. The NADP opened a new plant on August 25, 1971, in the Richmond Industrial Park, where Ian continued to work for 30 years until his early retirement.

In his spare time, Ian enjoyed fishing at various lakes in the Peace Region, calling bingo for the East Hillside Bingo Association, going to the casino, gardening, spending time with one of their Westies, and watching his favourite television shows.

Ian’s family would like to thank Dr. Ojudon and the staff of Eagle’s Medical Centre for their care and compassion, as well as the nursing staff of 3 North during his last days.

There will be a private family viewing held for Ian. Interment will follow at a later date.

In lieu of flowers, memorial donations can be made to Bandage Paws Animal Rescue Association, 12220 104 Avenue, Grande Prairie, AB T8V 8A8, The Lung Association of Alberta, #208 17420 Stony Plain Road, Edmonton AB T5S 1K6 or a charity of your choice.

We are very sorry for your loss. Marge Kroeskamp & family
- Marge Kroeskamp
Mary and Family; Sincere condolences regarding the passing of Ian. Our thoughts and prayers are with you during this difficult time. -Gerald and Liz Fritsma
Our deepest condolences . Dan and Jennifer Stuart
- Jennifer Stuart
So sorry to hear. Mary and Trina He was very good person and suffering no more Love from Muriel and family
- Muriel