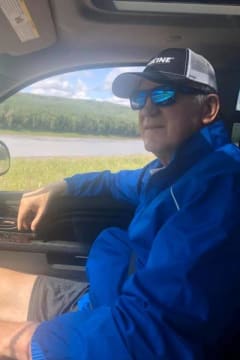 Jacob, Jackie, Jack, Dad. No matter what name you knew him by you most certainly never forgot him. Dad may have lived a short life, but he lived a BIG life. I have never met someone who knew so much about so many things. His experiences were plenty and his view on life unique. His love for sports, fishing, hunting, gold panning, real estate, racehorses and especially his children will never be forgotten.

Jacob Michael Dacyk was born May 5, 1953 in Fairview, Alberta to Bill and Mary Dacyk and passed peacefully on July 19, 2020 with his daughters Carla, Carrie, Jaclyn and sister Sharon by his side.
Jack spent his younger years growing up in Clear Prairie with his 9 siblings and many cousins. Attending school in Worsley, Hines Creek and then later at Fairview High School where he played and excelled at every sport he could get into. To this day (or very recently) he still held records for track and field. Jack was athletic as well as academic. After graduation he attended Grande Prairie Regional College and his entrepreneurial spirit soared. Jack and Doloris were married in July 1973 and had two daughters, Carla and Carrie. In 1975 Jack opened a sports shop where he thrived and made many friends and memories. He then went on to becoming a Real Estate agent and Broker. Jack and Doloris owned and operated Century 21 in Fairview for many years. Expanding to Grimshaw and Peace River. Jack never hesitated to bring a client into his home and made everyone a friend. Jack moved from the Peace Country in 1995 to Okanagan Falls, BC where he later married Dede (step daughters Megan and Nichole) and had two children Jaclyn and Justin. Jack continued on in Real Estate and development bringing the condos in Okanagan Falls to fruition amongst other memorable projects. Jack also realized his dream of owning racehorses. His most cherished of which was a beauty named Fabulous Form. As his health started to decline Carla and Carrie moved Jack home in September of 2015 to be cared for by family and have the chance to reconnect with his roots. In his last years in Fairview Jack was able to spend many hours with his siblings and old friends going for drives in the country, eating ice cream which he loved so much, watching the grandkids play hockey, family dinners and many outdoor musical events to name a few. All while making some great new friends in long term care. Jack will be greatly missed and fondly remembered.

We would like to thank the doctors, nurses and staff at long term care for taking such care for dad these last few years. And especially the nurses in palliative care that not only cared for dad with such kindness and compassion but also for our family as well. We are forever grateful.

Due to the current situation with COVID 19 a service will not be held at this time.
In lieu of flowers, donations can be made to the Alzheimer’s Society of Canada and Fairview Hospital Palliative care.

Our condolences to Jack's family, he was into many different things, loved life and people, always had something to say to everyone he met. Keep your memories of him close and dear. Norman and Dianne Pimm
- Dianne Pimm
My condolences to Jacks family and friends. Jack always seemed to be in high gear. Always had a smile and a friendly greeting. May your memories bring you peace during this time. Brenda Thompson
- Brenda Thompson
Thinking of you all! Family are slways in my thoughts, though haven't seen or met for awhile, family is just what and where we have come from! to all.
- Valerie helgesen
I have many great memories of Jack/Doloris/the girls and Fairview/Green Island, family gatherings. My family forever. Rest in Peace brother.
- Caroline Dacyk