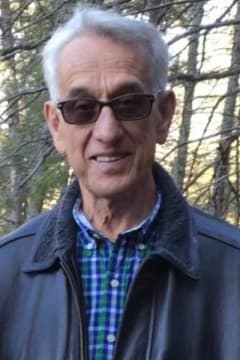 James Gagnon (Jim to all) of Grande Prairie, AB, passed away on Friday January 15, 2021, at the Prairie Lake Seniors Community Centre at the age of 77 years. Jim was born to Joe and Ida Gagnon west of Guy, AB, where he was raised.
After finishing high school, Jim joined the Royal Canadian Air Force. Shortly after his return he married Dianne Dupuy, also of the Guy area. They spent most of their life together in the Peace River Country where Jim worked in management. He was happiest when working, which included his true passion of developing and operating the Cosy Cove Campground, as he loved nature and the outdoors.
Jim was a wonderful husband, father, grandfather, and great-grandfather. Jim is survived by Dianne, his loving wife of 58 years, daughter Carol (Ken) Gould, son David, grandchildren Derek (Makenzi), Jeff, Blake, Brittani (Kaeden), and great-grandchildren Hudson and Bennett. Also surviving him are his sister Alice and brother Richard (Claire), as well as numerous in-laws, nieces and nephews. He was predeceased by his parents, brothers Donald and Ernest, sister Grace, and infant sister Pearl, as well as brothers-in-law Henry Minarovich and Charles Howe.
After retirement, Jim and Dianne moved to Grande Prairie to be closer to family. He was well known in his neighborhood. Always willing to lend a hand, he often shoveled snow and raked leaves for many. Jim’s long-held membership in the Royal Canadian Legion was a source of great pride, to which end he enthusiastically volunteered countless hours. He especially enjoyed playing darts and attending tournaments in various locations around the Peace Country. Additionally, Jim was very dedicated to his volunteer position with the Salvation Army, where he enjoyed the comradery and companionship of his co-workers, as well as his commitment to helping others.
The family would like to extend a very heartfelt thank you to Dr. James Pope and the dedicated nursing staff on 3N QE II Hospital in Grande Prairie, AB. We would also like to thank Dr. Groenewald, Dr. Scozzafava, Dr. Markland, and the staff at Prairie Lake Senior Centre.
At Jim’s request, no service will be held.
Donations may be made to the Alzheimer Society: #102, 9823-116 Avenue Grande Prairie, AB, or the Grande Prairie Salvation Army: 9615-102 Street (Po. Box, 907) Grande Prairie, AB.

Diane,I am sad to hear of Jim's passing.. he was a great guy and you have fun memories to hsng onto. Dar Repka-Smith
- Dar Repka-Smith
Jim was our neighbor and very good friend. He always put others before himself. I miss or dart games in his basement and helping him when he was a handy man around our house. Dianne knows how much I miss Jim. I have told her many times. He brought the best out in people. He loved his cabin and going there with Dianne. Our thoughts and prayers are with you Dianne, daily. Rest in Peace Jim. We all miss you very much. Dan and Cindy Bishop
- Dan Bishop

sorry to hear about loosing one of my neighbours . enjoyed working for jim when he was running alarco . ANDY CLOUTIER
- andy cloutier
My condolences to the Gagnon family for your loss. Jim was just a fantastic man; honest, fair and truly kind! I have always had so much respect for how he conducted himself. Only great memories of him and his wonderful wife. Norm Maisonneuve
- Norm Maisonneuve

So sorry to hear of Jim's passing. You and your family are in my thoughts. Hugs 💞
- Lynn Turcotte

Auntie Diane, Carol and David, Our hearts go out to you. What a lovely man Uncle Jim was... He was so kind, gentle, helpful and sweet. He is gone from us too soon. Much love... Susan and Lyle McChesney
- Susan McChesney
So very sorry Diane and family to learn your beloved Jim has passed away!! We thoroughly enjoyed each and every visit with you both!! Jim was such a kind man. RIP Jim. We hope to have a visit Diane when you are up to it ok. Big hugs for all of you!!
- Larry and Donna

So sorry to see this.
- Doreen Wickman

So sorry to hear of Jim's passing Dianne. My deepest sympathies to you and your family! Hugs!
- Rita Loiseau

My sincere sympathizes on the loss of Jim. I have a lot of good memories from Cosy Cove, Diane. I'm sure he'll be missed by many.
- Inge Bond

My sincerest sympathies. Please know that you are in my thoughts and I wish your family all the comfort needed during this difficult time. I am a better person for having known him. Rest In Peace Jim.
- Niki Boucher

Jim was such a sweet man, who loved helping others.. so happy I was able to work alongside you, even though it may have only been for a short period of time. You will be missed dearly.. Rest easy Jim, you're no longer in pain 😌
- Miranda Harris
Our deepest condolences to Dianne, Carole and family and David. Uncle Jim was a very sweet, helpful and considerate man. Rest In Peace Uncle Jim. You will always be remembered and loved Brenda Gagnon and Gordon Erickson
- Brenda Gagnon