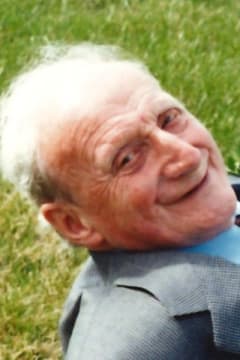 John “Johnny” Mapplebeck passed peacefully into the presence of His Saviour on Wednesday 23, September 2020 at Prairie Lake Senior’s Living in Grande Prairie, Alberta, Canada at the grand age of 101 years old after a long and adventurous life.

Johnny was born in 1919 in Huddersfield, Yorkshire England. He was an only child and was raised by his mother and “Viking” grandma until their passing. Johnny then moved to Bradford Yorkshire to live with relatives and became a “butcher’s boy” delivering fresh meat and sausages to customers using the shop’s delivery bicycle.

Johnny was called to serve King and Country in World War II at age 20. He joined the East Yorkshire Army Regiment and in October 1941 he joined the Third Battalion and then the Fourth Battalion Parachute Regiment where he served with his “band of brothers” until the end of the war achieving the rank of Sergeant. Johnny was honorably discharged in March 1946 and returned to Bradford England to marry his sweetheart May and raise a small family.

Johnny went into business with a friend and ran a bicycle store that specialized in custom made racing cycles for over 50 years. Johnny was a competitive cycling enthusiast and passed his love for cycling onto his two children.

Johnny became a committed follower of Christ in 1966 after attending the Telecast of the fiery evangelist Billy Graham. After his wife passed away in 1978 Johnny developed a strong desire to serve God in Christian Missions. He volunteered with Brother Andrew’s organization and participated in smuggling Bibles to Communist countries in Eastern Europe for several years.

Johnny retired at 80 years old and immigrated to Canada in the year 2000 to join his daughter Barbara and her family living in Fort Vermilion Alberta. He continued to live an active and adventurous life in the northern part of the Province. Johnny moved to Grande Prairie in 2001 with his family and has remained in this community until his recent passing.

Johnny leaves behind his children John Mapplebeck Jnr., and his daughter Barbara Shumik, along with his four grandchildren and three great grandchildren.

His life’s journey has been a long and adventurous one full of memories and blessings. 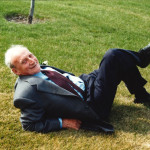 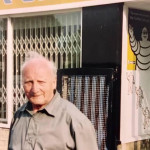 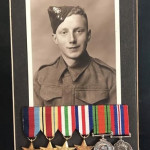 "Johnny" is one of those people you meet in life that have a lasting effect. I rode for VC Bradford/Pennine Cycles when I was around 19, some 25 years ago. Johnny was always great fun, enthusiastic and had a thirst for adventure out on the open road, whether home in and around the Yorkshire Dales or or off racing abroad. It is corner stones like Johnny that have put "Yorkshire Cycling" on the world map and this has not happened over night. Trips to the shop and club meetings in the flat were always an absolute pleasure and I will always look back on them fondly, as I do of Johnny Map. I have not mentioned yet Johnny's penchant for story telling which he was a grand master of and we all loved hearing them. We always chuckled as he used his famous catch phrase when telling cycle racing stories... "There was this Crazy guy" My thoughts go to you all today and know you will give Johnny a great send off, Yours Sincerely, Rob Reynolds-Jones
- Rob