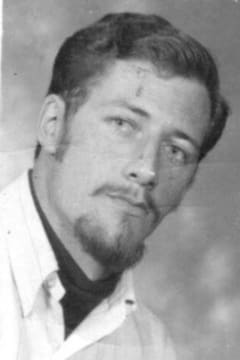 We are sad to announce that Andre left this material world, we are certain, however, that he is happily reconnecting with old friends and family and greeting them with his famously firm handshake.

Andre was born the second child to Leonard and Rita Deschenes in Rimouski, Quebec where he spent his early years before moving with his parents and sister, Denyse, to Labrador City, Newfoundland and Labrador.

Andre was always involved in sports as he grew up – hockey, volleyball, curling, badminton, lacrosse to name a few and he excelled in them all. He loved the outdoors and one of his favourite things to do was to hitch a ride on the local float plane and get dropped off at a lake and fish until he was picked up later in the day.

Andre met the love of his life, Jill, during the last year of high school. His further education included Memorial University and Haileybury School of Mines. They married in his last year at Haileybury. Upon completion of his education he was employed by the Iron Ore Company of Canada.

They started their small family with the birth of their first daughter, Melanie in 1974. One year later Andre packed up the family and along with his faithful dog, Sam, headed west to Grande Cache where he gained employment with Mcintyre Mines. The family grew by one with the birth of their second daughter, Angie, in 1976. Andre remained working in the coal production industry until he became employed by Albian Sands in Fort MacMurray. He would make the 10 hour trip home every two weeks to be with his family. As time passed the girls moved on with their lives, starting families of their own, resulting in Andre having 6 grandchilden who he loved dearly. He was so proud of them and only wanted the best for each and every one of them. When Andre retired he could often be found in the kitchen cooking up a storm, his beef stew and beef and barley soup became a favourite of his grandchildren.

Andre passed away at home and in his own bed, just as he wanted.

He is predeceased by his infant son Derek Marc, parents Leonard and Rita, parents in law Stuart and Margaret Williamson.

A funeral for family will take place on Saturday, July 24, 11:00 am at Holy Parish in Grande Cache, Alberta.