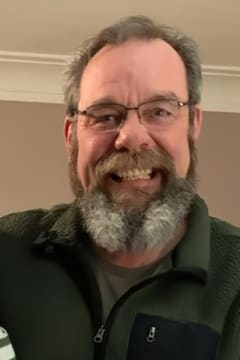 It is with intense sadness, we must announce the unexpected passing of our most beloved Joseph Gregory Walsh on August 27, 2020 at the age of 56.

Joe leaves behind so many that loved him including (but certainly not limited to) the following immediate family; Wife, Audrey Walsh (nee Hulan), step daughters April and Tara MacMillan (spouse Kris Skodje) and our new love, dog Mindy; Mother and Father in-law, Lyla & Eric Hulan, brothers-in-law Vince and Vance Hulan, sisters-in law, Erin Lynch and Sheri Hulan, nephews Eric & Cole Hulan, and Jonathan Hulan, all of Grande Prairie.
So many great memories at the acreage and the cottage. Life was blessed.

Joe considered our great friend Falen Sanderson to be his 3rd daughter (& husband Corey Sanderson) along with whom he considered to be his 4th daughter Sydney Boomgaarden (fiance Abe Hiebert), from his many years working in the oil patch. Also, his extended family "The Simpsons" (all wonderful Aunt, Uncle and cousins of wife Audrey). We had many special memories of our annual family reunions in Turtle Lake, Saskatchewan. But make no mistake, there is no such thing as step or in-laws in Joe's family and we had the distinct honor and unbelievable luck to know and love him for 21 years.

Joe is also mourned by his most beloved brother Peter Walsh of Bolton Ontario whom they had the recent joy of reconnecting, but was sadly predeceased by his nephew "Petey" Walsh and was also predeceased by his adoptive parents. He leaves behind too many friends from his younger days to mention with whom he's stayed connected with and the Walsh family of Halifax area including his close cousins Robyn Walsh and Kelly Walsh Robinson (husband Lee Robinson) from Pocklington, England.

Wonderfully Joe had the greatest Joy of finding his biological family this past year and had the best year of his life which is saying a lot, since Joe was an incredibly happy person who brought joy and left a profound impact on all that knew him. He also tragically now leaves behind his "Four Roses". His mother Carol Rose (he was now a newfound self-proclaimed "Mama’s boy"), his three new sisters from "Mum", Sheri Rose Apa, Sheila Rose McLaughlin & Michelle Rose and their families of Ontario.
Also newfound half brother John Eivindson, sister in law Jennifer Eivindson, Nephews Erik, Daine and niece, Stephanie of Nanaimo BC. Joe had the chance to meet & bond with all before the Covid outbreak which has kept us apart since. While Joe did not get the chance to meet his newfound half sister Shawndee Brown of Florida, USA, they still managed to bond via many great heartfelt conversations. Also on his biological fathers side the many O'Briens of Newfoundland and Ontario regions, including his Uncle Clarence and Aunt Sharon O'Brien. Joe got his love of the Irish naturally then (especially Guinness), since he had those roots on both sides of his family. Thank you Ancestry DNA!

Last, but certainly NOT LEAST, Joe leaves behind his second family of "brothers" from his army days Andy Hulan, Ivan Finstad, Rod Dearing and newfound brother into his circle Jason "Jay" Fraser. There was almost nothing dearer to his heart than the week he spent on the annual hunting trip with his long term family of bros drinking, laughing and reminiscing (and sometimes shooting something).
Joe was born on May 14, 1964, and grew up in the Halifax area with his brother Peter when he then joined the army at the age of 17, "his calling" and first great love where he spent 14 years. Joe came to Grande Prairie 25 years ago to work in the oil patch. He met his next great love, wife and daughters four years later. He was the most awesome husband and father, and yes, his girls probably did turn his hair grey, but he loved every minute of it.
Joe loved family and friends the most. Fortunately, he had been retired for the last year and a half, and he had the time to spend connecting with all his new loved ones. He was very happy. His other loves included wood working, pets, especially our baby Casey whom we lost three years ago almost to the day, and he loved the beauty of nature and being in the woods. Though he didn’t spend his last moments with loved ones, it is fitting that he passed in one of his favorite places, the woods.

Joe Walsh was larger than life and the brightest light anyone could know. His loss is felt profoundly by so many, and he will be a void that is irreplaceable. Rest in peace with our Casey and Petey.
There will be a private viewing for close family and friends and a "Celebration of Life" when the world is a safer place.

In lieu of flowers you may make a donation to any of the following; 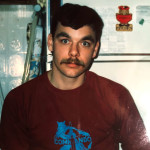 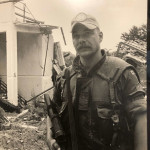 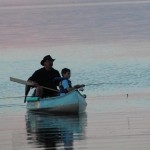 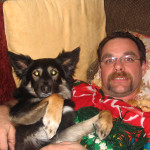