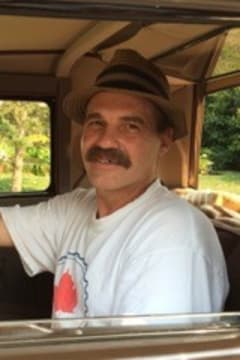 It is with sad hearts that we announce the sudden passing of Ken Pearson on April 9, 2020 at the age of 53 years.

Ken was born on May 20, 1966 in Hythe Alberta to the parents of Marie and Bob Pearson. He lived his entire life in Hythe, and wouldn’t have wanted to be anywhere else. His passion for his town, his friends, his dogs, vintage cars and trucks and the farm were how he found meaning in life. Growing up Ken loved playing hockey, a good argument, and anything to do with mechanics and farming. As a bachelor he received many a meal and conversation from his friends and his Aunt and Uncle Don and June Pearson, and he truly, truly appreciated all of it. Kens heart was big, his smile bigger, and he never apologized for living his life exactly the way he wanted. May he rest in peace.

There will be a small interment for immediate family only at the Hythe Cemetery.

I knew Ken way back in the late 70s early 80s, back when the world was big and still full of mystery. I was reminiscing with Darcy Szmata about going down to Phoenix in 1981 for a hockey tourney, we came in second, but the trip was one of the most memorable times in my life. Ken Pearson was part of the 6 players chosen from Grimshaw to join a team from Fairview who were going there. He will be missed my biggest regret was not staying in touch when he moved to Hythe.
- Steve Klovansky
Our family is so sorry to hear of Ken's passing. You never knew what the discussion was going to be when he came into the shop at Pearson's yard, when I worked for Boden at his heavy duty mechanic shop, a few years ago. In all our visiting I certainly would hear Ken's care for his family and his community. We often did not agree on the subject at hand, but Ken loved to get a rise out of those he visited with. He will be missed. My mom sends her hugs to all of you , too.
- Roxy Vig