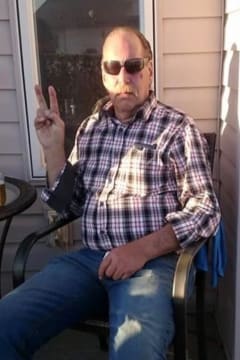 It is with great sadness that we announce the unexpected passing of Larry Glenn Stewart.
Larry began his life in Vancouver, B.C. on August 9, 1953. He was the youngest of four siblings. Larry is pre-deceased by his father Charlie, mother Eva along with his siblings Shirley, Terry and Judy.

Larry started his employment journey with B.C. Ferries where he worked for 12 years and then moved on to Richmond Elevator, where he was employed for almost 30 years before deciding it was time to retire in 2016. Alberta bound they were, where Larry enjoyed long road trips in the motor home with his wife Cathie of 32 years.
He also enjoyed a night around the campfire with good friends. He was known to bbq a “mean” steak and often did for family and friends. Anybody who knew Larry well knew about his love of neon lights and signs which he displayed with pride in his guy garage.

Larry is survived by his wife Cathie of 32 years, daughters Melissa, Shayla and Michelle along with their spouses and 8 grandchildren as well as many relatives and friends.

Due to COVID restrictions a Celebration of life will be held at a later date. 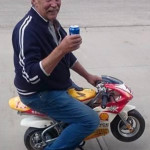 Byron & I were so sorry to hear of Larry's passing. May the care, concern and memories of Larry, shared by others, help you through your grief today and in the days ahead. We have fond memories of sitting around Larry's firepit at our annual May Place BBQ's and...Byron just said, sharing birthday cake and a beer with him! Here's to Larry and the next step on his journey. Warm regards, Byron and Vivienne
- Vivienne &Byron Welters

My prayers and thoughts are with the family. May you rest in peace Larry.
- robin podgorenko