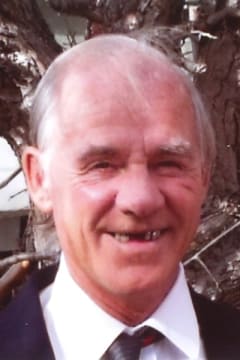 Lyle was born on February 9, 1946 in Lloydminster, Saskatchewan and passed away April 24, 2020 in Grande Prairie, Alberta at the age of 74 years.

He worked for over 30 years in the oil patch and took transfers throughout the years with his jobs and lived in Grande Prairie, High Level and Slave Lake. He loved sports, dancing, camping and touring Canada and some of the United States with his family. Lyle was very close to all family and friends.

He played baseball and hockey as a kid and in his adult life was in a bowling league, curling leagues and a hockey league. He enjoyed playing golf and even did floor curling in his later senior years and coached a minor hockey team as well.

Lyle cherished his time with his kids and grandkids, especially when he could go watch them play sports and other activities. He tried his hand at white water rafting with his son. He also took his kids swimming, water skiing and sledding as well as always working. He liked his jobs and co-workers very much.