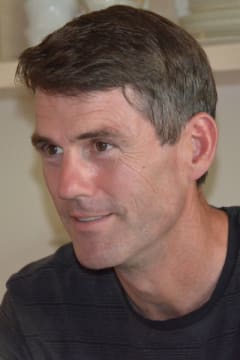 On Saturday, February 15, Mark Randall Picard of Grande Prairie AB, surrounded by those who loved him, moved gently and courageously from this reality that he treasured so much, to another.

Born in Whangarei, New Zealand, Mark grew up in Olds, Alberta where he loved camping, hiking, fishing and playing hockey. He studied commerce and became a commercial diver before returning to New Zealand where he completed an Engineering degree at the University of Auckland. Returning to Canada in 1989, Mark explored many professions ultimately preferring to be self-employed in his own small businesses. In 1998 he married Susan and after their daughters were born, tag teamed with Susan over the years as stay-at-home parent as well as managing several rental properties. He loved the simple things in life: spending time with family, gardening, backyard fires, and finding treasures.

Loving husband and father, Mark is survived by his wife Susan and their two daughters Elena and Sophie and the world’s oldest rabbit, Buns. He is also survived by his two brothers Richard Picard of Edmonton, and David Picard (Cynthia) of Calgary. Son-in-law to Brita Kuelken, brother-in-law to Christine and Wayne Ayling, Peter and Doris Kuelken, MaryAnne and Dave Lehman, Irene and Bruce Law and Jeanette and John Sterling. Uncle to Sean, Danielle and Colin Picard as well as Britt and Christopher Ayling, Kris, Nick, Eric and Anna Kuelken, Gynni, Becky, Heidi and Mike Lehman, Bex, Jeffrey and Peter Law, Janelle and Atlee Sterling.

Mark is predeceased by his parents Robert and Greta Picard as well as his father-in-law, Klaus Kuelken.

A Celebration of Mark’s Life will be held on Saturday, February 22, 2020 at St. Paul’s United Church in Grande Prairie at 2:00pm.

Mark supported many community groups and organizations in humble and understated ways. Donations may be made to Community Foundation of Northwestern Alberta (https://www.canadahelps.org/en/dn/46584)

Susan, I was so saddened to hear about Mark. My deepest sympathies. My thoughts and prayers are with you and your family. take care Eileen Kotowich
- na