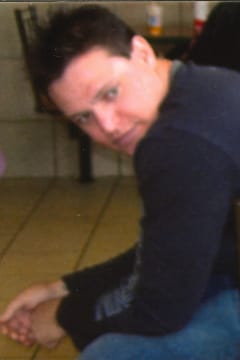 It is with great sadness that we announce the passing of Matthew James Bergeson of Clairmont, AB, on June 11, 2022, at the age of 38.

Matthew was a man who always did extra special things for his mother, like putting up Christmas lights on her home while falling many times off the roof but continuing until the job was done; and giving a Blue Golden Rose to her on Mother’s Day, even though his life was completely upside down.

Matthew was there for his brothers also. On one occasion, he saved one brother by lifting a quad off him while he was unconscious on the side of a mountain, and he saved his other brother from being decapitated by steel cable by pulling it away from his neck.

Sadly, Matthew felt that his children were better off not knowing him due to the path he followed and from which he was unable to heal.

Matthew was on a path that caused him great pain and anxiety to the point that his heart could no longer take it. He passed away from an enlarged heart (cardiomegaly) cardiac arrest.

He will be deeply missed.

He is survived by his mother, Vivian Sorensen, father, Gerald Bergeson, brothers Barry and Christopher Bergeson, his children Emma Thoreson, Katie Ramey, and Hunter Bergeson, as well as his nieces and nephew, Summer, Iesha, and Cody Bergeson.

The family will be having a private memorial gathering at a later date.

You never said, “I’m leaving”. You never said goodbye. You were gone before I knew it, and if only God knew why. A million times I cried. If love alone could have saved you, you never would have died. It broke my heart to lose you, but you didn’t go alone. For part of us went with you, the day God took you home.