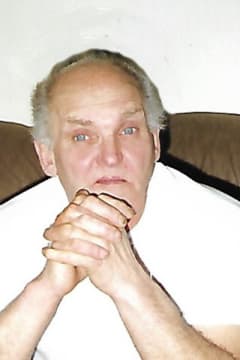 Mike was born April 21,1942 at Selworthy Road (Whales) England to Hilda and Charles Gillett. He was the only boy having three sisters Dawn, Gloria, and Pauline. He grew up to be a heavyduty mechanic and he married Jennie on August 31 1968. In 1973 on December 1 their son Mike was born. In 1974 they made the decision to move to Canada for work, and settled in Grande Prairie.
Mike started with Ferguson Supply and after a few years he went out on his own and bought his own service truck. After about 10 years he went to work for Coneco. Between these jobs he did a lot of driving, sometimes all the way to Dawson City to work on heavy equipment. Working with Coneco he spent a lot of time working on the equipment in the Grande Cache mine. He also worked for McGuire Contracting for a few years, before becoming the service manager at Union Tractor which he retired from in 2016. After retiring he would still help diagnose mechanical issues over the phone. When you could get him to take time off he would spend it camping or watching football.

He is survived by his son Mike and his wife Tamara and their two sons Brody and Colby.

Memorial Donations can be made to any local animal shelter.

I met Mike years ago when he was a mechanic who fixed my Dads equipment at Big Valley Construction, in Hythe . Later on he helped me a lot with my own equipment at Union Tractor, he always had time for a coffee and a visit and great advice on fixing machinery. He will be missed.
- Clayton Greber