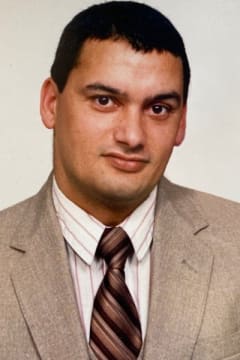 It is with great sadness that we announce the peaceful passing of a beloved husband, father, brother and entrepreneur, Parmjit Singh Minhas. Affectionately known as Guggi, Gugoo Mama and Peter, Parmjit Singh always had a twinkle in his eye and a playful grin on his face. He was a man with unshakeable conviction and tremendous love for his family. He was a loved and charitable man with a brilliant mind and memory.

Parmjit Singh was born March 16, 1958 in the village of Siri Hargobindgarh in Punjab, India. He grew up with his seven siblings; two brothers and five sisters. Parmjit Singh was the four of eight kids, the bottom rung of the top tier (the big kids). Rather than accepting his place in the pecking order, Parmjit Singh decided to anoint himself “king” of his four younger sisters. He spent his childhood ordering them around and in general playing pranks on them. His position as king was eventually challenged by his youngest daughter, Gurjeet - after she was born, he happily passed down his crown.

Parmjit Singh was a storyteller who loved to tell tales of his life on the farm in his beloved Bhogpur. He spoke of the rich, vast land that grew rice, corn and wheat and would facetiously describe his “glamorous” life of milking cows and buffalo before his five mile trek to school every morning. In 1980, Parmjit Singh immigrated to Canada with four of his sisters and parents. He found work with his brothers Mohinder Singh Minhas and Yadvinder Singh Minhas at the Proctor and Gamble Mill in Grande Prairie, Alberta. This is where he would put down roots for the rest of his life. In 1984 he married his beloved wife (and gourmet chef) Gurcharan Kaur and started a family of his own.

Parmjit Singh spent most of his life lovingly doing whatsoever he wanted and as he liked. He loved his family and wanted them nearby. He was diligent in his dedication to the well-being of his family and taught them how a life of hard work was made easier by being patient, sensible and enjoying the simple things. Parmjit Singh implored his children to be grateful for the life he built in Canada and acknowledge the sacrifices the family had to make to achieve their success after arriving in Canada. He was known for being a very hard-working man, who took great measures to care for his family and those less fortunate.

Parmjit Singh read extensively, usually about history. He was well versed and current in many subjects. Similar to his late uncle, Sardar Jagtar Singh Minhas, Parmjit Singh was an orator, historian and intellectual. He was a captivating speaker, who always had something to say and had to get in the last word.

Parmjit Singh was an inspiration and mentor to his family and friends alike. He will be greatly missed.
A funeral honouring Parmjit Singh’s life will be held on Saturday, September 5, 2020 at 11:00am at Bear Creek Funeral Home & Cremation Sanctuary, 11802 99 Avenue, Grande Prairie, AB, followed by a religious ceremony at the Sikh Temple. COVID restrictions will apply so we are limited to the number of guests. Live service can be viewed on YouTube at Bear Creek Funeral Home. Live stream will start at 11am.

If friends so desire, memorial donations may be made to the Pingalwara Charitable Society of Amritsar.

Dear Minhas Family. I am very sorry for your loss. Our prayers are with you during this difficult time. Gugi uncle was always very kind and fun when I was growing up. Our heartfelt condolences. Ron Pohar and Family
- Ron Pohar