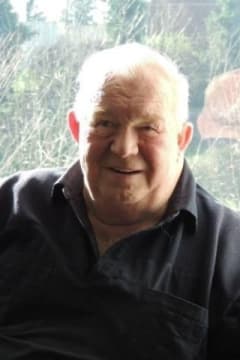 It is with heavy hearts that we announce the passing of our husband, dad, papa and great papa.
Raymond Arthur Sandnes was born November 26, 1939 in Dawson Creek, BC and passed away peacefully on July 16, 2020 in Valleyview, AB while staying with his daughter Bev.
He was the first born child of Tarald and Geneva Sandnes and spent his early childhood in Rolla, BC where his brother LeRoy joined the family. They later moved to Dawson Creek and sister Carol was born. Dad met Adeline Loberg and they were married on September 13, 1958.
They were blessed a year later with a daughter Cynthia on September 16, 1959. Deborah followed on September 24, 1963. They lived in a little house on the hill in Dawson Creek until they moved to Chetwynd where Raymond had been working at Fort St John Lumber in 1964. On May 24, 1965 their third daughter Beverly was born making the family complete.
They lived in a couple of different houses in Chetwynd until 1976 when they purchased the Loberg family lot at Moberly Lake and put a new double wide trailer on the property. They stayed there until 2012 when they sold and moved to Beaverlodge. In September of 2015 they decided to try something different and moved to Shepherd’s Village in Valleyview 2 blocks away from Bev. They stayed there until October of 2016 when their granddaughter Crystal and Mark bought an acreage just out of Wembley that had a house with a walkout basement that they converted into a basement suite for her Mama and Papa. In November of 2018 they moved into the Lakeview apartment in Clairmont where they lived until mom went into a continuing care facility in Hythe on April 9, 2020.
After spending 2 months in lockdown and unable to see mom, dad busted out of his apartment in May and moved into his motorhome that he parked in Hythe. Deborah and Ross brought their 5th Wheel to Hythe to camp with him. He was looking forward to moving in to the Hythe Pioneer home to be closer to mom. Dad’s hardest days were the ones when he couldn’t visit with his wife of 61 years.
He leaves to mourn his loving wife Adeline, daughters Deborah (Ross) Roberts and Bev (Todd) Grotkowski, Son in Law Carfrey Gerstel, 7 grandchildren Crystal (Mark), Shawn (Caitlyn), Jennifer (JJ), Russell (Vicki), Hans (Shayna), Hailey (Matt) and Hayden (Sam), and 10 great grandchildren Landon, Jackson, Kinley, Logan, Otto, Carter, Charlie, Adrian, Kate and Sora. Sister Carol (Len) Ashlee, Sisters in Law Esther (Roy) Gustafson, Clara Loberg, Barb Loberg, Brothers in Law Nels Loberg, Stan Hanson and many nieces, nephews and friends.
He was predeceased by his daughter Cindy Gerstel, Parents Geneva & Tarald, Brother LeRoy, brothers and sisters in law, Paul & Lorraine Loberg, Jonette & Melvin Naslund, Johnny Loberg, Lohrna Hanson, Marion Loberg , Edgar & Rosemary Loberg, Sig Loberg nieces Annetta Degenstein & Audry Gustafson and nephews Reggie Loberg & Mickey Loberg.
A viewing will be held on Thursday, July 23, 2020 at the Bear Creek Funeral Home in Grande Prairie from 6 – 8 pm. His Celebration of life will be held on Friday, July 24, 2020 at 2 pm. Due to Covid restrictions we are limited to 90 people at the service. There will be a live streaming of the service for those unable to attend at Bear Creek Funeral Home YouTube channel: https://www.youtube.com/channel/UCQuYjCJhzsvz5NOdsXTUXvw
Following the service his ashes will be taken to the Valhalla Cemetery for a graveside service.
Expressions of sympathy can be made by way of donation in his name to the charity of your choice.

Raymond always seemed to be in his element at large family gatherings. a welcoming presence full of friendly warmth and caring. He had the rare gift of making everyone feel like family. We'll all miss him. - Stan Hanson, and Barry & Manon Hanson
- Barry Hanson
Hello, I just wanted to send my condolences. I had the pleasure of meeting Raymond & Adeline in the lodge, while doing home support for them up until everything g happened with Covid. I enjoyed seeing them & visiting every week. I was so sorry to hear of Raymond's passing.
- Heather Hessler