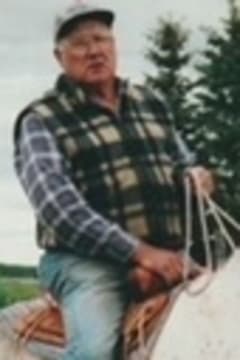 Robert (Keith) Thompson passed away somewhat unexpectedly on October 4th, 2021 at the age of 93 years.

Keith was born on July 9th, 1928, to Ethel and Stanley Thompson in Boseman Manitoba. He spent his early years moving around with his parents to various places like Clear Hills, Berwyn, Brownvale and across the country to Kingston Ontario for a short stint while his dad was in the army training prior to going overseas.

In his adult years he homesteaded in Worsley Alberta in 1950. In 1951 his parents adopted his sister Olive Jessie, and he finally had a little sister to spoil.

His future mother-in-law did some match making and arranged for him to meet her daughter who was home on leave from the Navy and stationed in Halifax. He married Anne Tonnesen on October 14, 1961. They spent most of their married life on the farm in the Worsley area. Their first daughter Kathryn Marie was born on August 20th, 1962, and Allan Gordon joined the family on February 7th, 1964.

Keith grain farmed and had cows and pigs, but his horses were always special to him.

On January 29, 1972, a special addition Barbara Ann was added to the family.

They sold most of the farm to Dave Ross around 1995 but stayed on the home quarter until they moved to Grande Prairie in 2013 and sold that quarter to son Allan.

Keith cherished his time with his wife Anne and was so proud to have had her for almost 60 years. In later years they travelled to Hawaii, South America, Australia, British Isles, and all parts of Canada except Nunavut. He liked fishing but loved his horses. He was not very demonstrative but gave the best “Bear Hugs” and “whisker rubs” (which may have not been enjoyed as much). He loved to play cards and would often win; this was his passion in later years.

He was stern but after having bilateral knee replacements, we realized a lot of this was due to the years of pain he experienced.
He was proud of his family and would talk to others about them even though he could not tell them in person. He did not always like what was happening around him, but he always let his family spread their wings and challenge themselves in the world.
He loved his grandchildren and spent many hours fixing the golf cart and getting the swimming pool ready for them when they came.

Many people will remember the twinkle in his eye, his wit, and his sense of humour.

In the last six months of his life, he was able to do three of the things on his “bucket list”. He went fishing on Charlie Lake and caught the only fish, he made a quick trip to Calgary to visit his sister Olive and he was able to spend a week with his family in July.

He was predeceased by his father Stanley Thompson in 1958, his mother Ethel Anderson in 1989 and his daughter-in-law Bea Thompson in 2016.

A celebration of Keith’s life will take place at a later date. 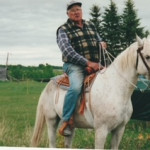