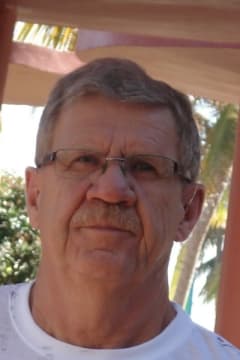 Ron worked at different jobs over the years, trucking, construction, Linwood Homes, Safety Supervisor in oilfield, a driver for Scott National and Northern Bottling, Evergreen Park grounds worker, Pipestone Golf course grounds worker, and driving school bus for First Student. He loved to golf and country dance. His main enjoyment was working with people. He loved to spend time visiting and spending time with his family and friends.

A Celebration of Life for Ron Hill will be held on Saturday, February 22nd at 1:00pm at Evergreen Park, Tara Centre, Hall C.
Memorial donations in honor of Ron can be made to the Grande Prairie Regional Hospital Foundation, Cancer Clinic, 10409 98 Street, Grande Prairie AB T8V 2E8

Please share a condolence, photo or memory of Ronald. We welcome all condolences that are positive and uplifting that will help family and friends heal.