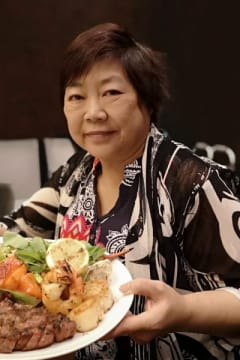 YU (Ho), Sally Yuen May passed away suddenly at the tender age of 65 years. Sally
was born in Nam Hoi, China and raised in Hong Kong with her two sisters where at a
young age, her spunky attitude was full front and centre. Sally was never one to hold
her tongue when she was being teased and would happily take it and dish it back with
ease. Many tales have been told about witnessing or experiencing Sally’s verbal
combat in action.
In 1979, Sally married Charles where they made their way from Winnipeg to Grande
Prairie to La Glace and opened the A&A Café. During their time in La Glace, they raised
their three children and met many wonderful people who became their extended family.
Sally ran the front of the restaurant and took serving customers very seriously, it was an
art form and not just a job. Sally passed on her tips and knowledge to many servers that
passed through the doors of the A&A Cafe. When not at the restaurant, Sally could be
found at her children’s sporting events from ringette to football cheering loudly from the
sidelines and beaming with pride.
Once her three A’s were self-sufficient, Sally took to tending to her fur babies with a
vengeance and her kids would often tease her she loved the puppies more. She would
just smile and nod. Besides spoiling her children and puppies, Sally had other interests
like reading books, attending to her plants, giving warm hugs to many, lending a
listening ear, going on adventures (travelling,concerts, festivals, parades), chatting
about growing up in Hong Kong and taking her friends and family on numerous food
adventures.
Sally would always set aside time every day to speak to her parents and sisters to make
sure they were okay.
Sally was not defined by her kidney transplant and always went out of her way to
ensure everyone was happy and having fun. Even in her darkest moments, Sally
always gave people hope.
Sally was predeceased by her husband Sze Ho (Charles) Yu, fur baby Bo-Stitch,
maternal and paternal grandparents.
Left to mourn her are her three children: Amanda (John), Ashley and Austin. Fur babies
Maybo and Ewok as well as grand fur baby Mimmzy. She is survived by her parents Ho
Fat and Chan Man Ching and her sisters Ho Yuen Wah (Wong Hung) and Ho Yuen
Pan; nephew Wong Ho Lam (Coco); nieces Wong Sau Kwan (Fabian) and Wong Sau
Ying (Fung Wai Lun). Sally will be dearly missed by her numerous relatives and friends.
The family would like to thank the staff at the U of A NARP Team for their care and
support of Sally over the last 30 years.
To celebrate the memory of Sally, the family is asking everyone to wear purple on
October 15 as it was Sally’s favorite colour.
A public viewing and a private service by invite will be held on October 15, 2020 in
Edmonton at Trinity Funeral Home (10530 - 116 Street). Viewing starts at 9 am and
service begins at 10 am.
Flowers can be sent to Trinity Funeral Home for October 14. Or Lieu of flowers and in
memory of Sally, her children will be donating Lilac trees to a yet to be determined
location. Contributions can be sent to lilacsforsally@gmail.com
Donations can also be made to the Stollery Children’s hospital or charity of one’s
choice.
A Celebration of Life will be held during 2021 in Grande Prairie. Details to be released
at a later time. 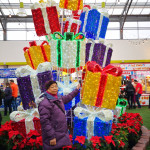 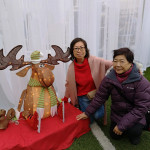 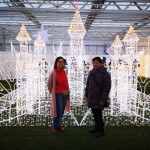 I remember your mom's hospitality and friendliness over the years I knew her, especially in my time visiting your parents restaurant. She will be a shining light missed by all. Take care.
- Elmer Spilchen
Amanda, Ashley, and Austin and family. . I'm so sorry to hear this sad news about your Mother. My heart goes out to all of you. Sally was such a delight to be around. She always made me laugh. Loved working with her at Heart Valley Meats. Enjoyed our lunch dates. Taken to soon, but never forgotten . She will be truly missed. RIP my friend. Always remember she's not with you in body , but always in your thoughts and memories. Always by your side.Thinking of all of you
- KarenAnderson
I am so lucky to have a chance to know Sally, she has a great personality and such a caring person. I enjoyed each time we gathered together. She will be missed for sure but I will remember her forever.
- Clara
So sorry for your loss Amanda, Ashley and Austin. Your Mom was a wonderful lady with a beautiful, kind soul. I will always remember the good times we all had when you played ringette with Jade and Kaila. Those are good memories my girls and I will always have Take care. .
- Val McKay